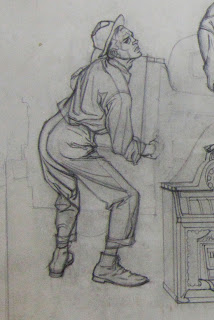 Albert Dorne was one of the most remarkable characters in the history of illustration. The upcoming book, Albert Dorne, Master Illustrator (out in November from the fine folks at Auad Publishing) describes how Dorne used his drawing ability to climb from the depths of poverty and illness to international renown as an artist, business leader, educator and philanthropist. 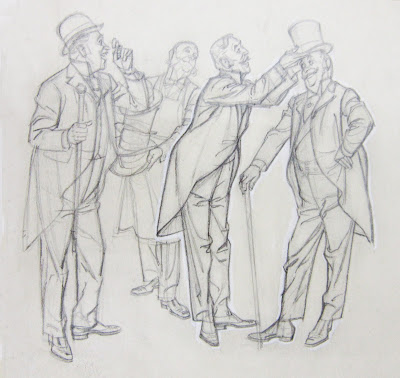 From the introduction to the new book:

Starting with nothing but a talent for drawing, Dorne became (in the words of advertising titan Fairfax Cone) “the highest paid, most successful commercial artist of his time.” From that position, he used his drawing skills as a platform for building a multinational corporation that trained tens of thousands of students around the world in the creative fields of art, writing and photography. Now a wealthy man, he went on to use drawing to help the disabled, became nationally respected for his charitable work and was appointed by the President of the United States to The President’s Committee for the Employment of the Handicapped. Dorne consorted with glamorous movie stars and government leaders, amassed a major art collection and was sought after as a lecturer around the country.

Many thanks to the Famous Artists School, the Norman Rockwell Museum, Walt Reed and everyone else who helped us to assemble Dorne’s unpublished drawings and sketches for this book.
Dorne was able to take his drawings from rough thumbnail sketches to remarkably engineered, complex final drawings with lightning speed. 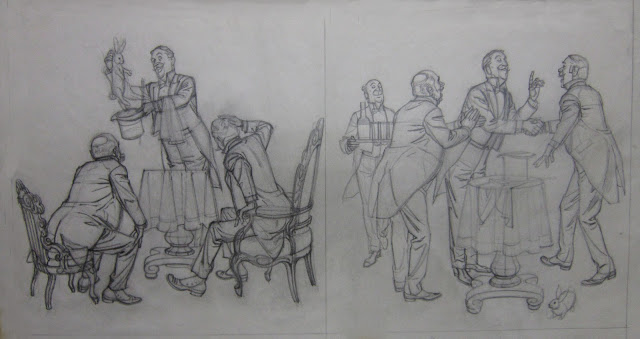 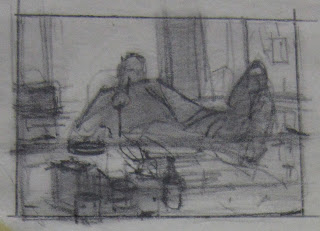 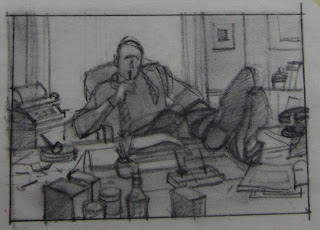 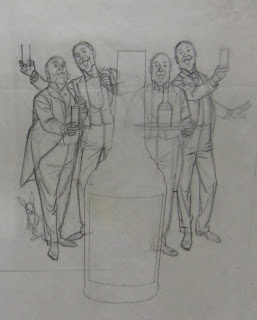 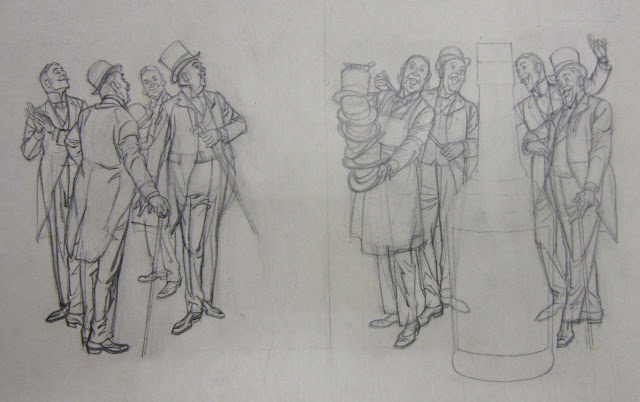 After a while, Dorne made so much money as the president of a multinational corporation that he could no longer afford to take the time to sit at a drawing board and draw pictures. Nevertheless, you can still find some of his “unpublished drawings” in his corporate correspondence, as in this affectionate letter to Norman Rockwell: 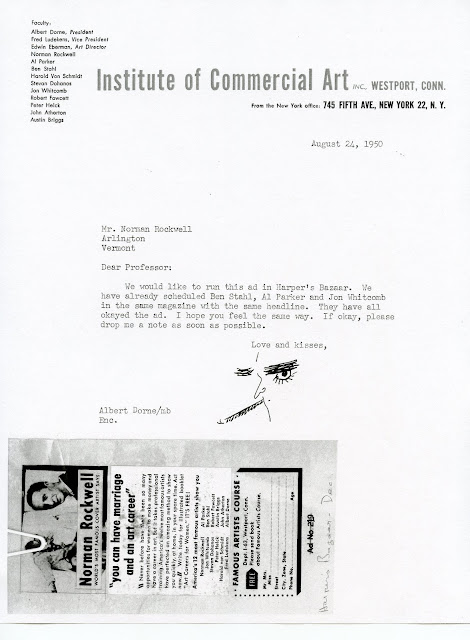