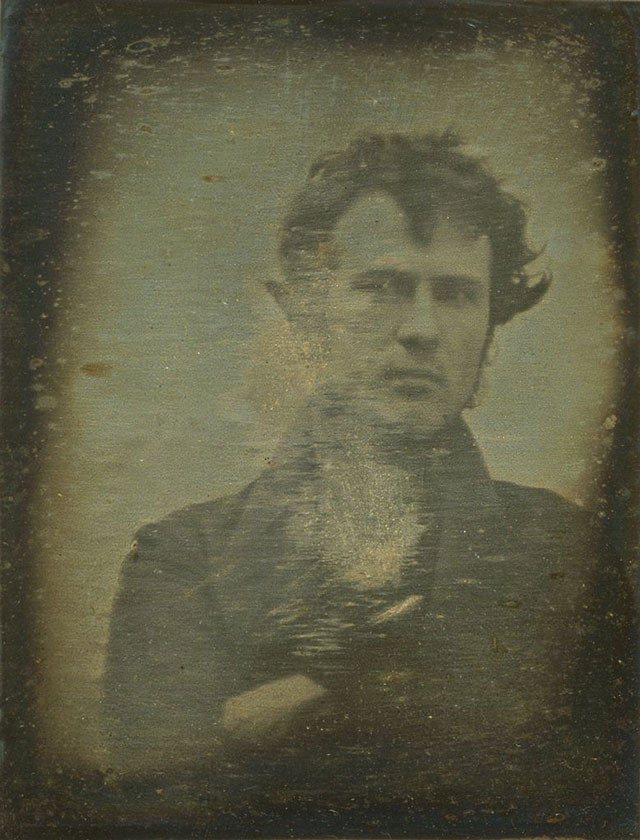 Earlier in November Oxford Dictionaries crowned “selfie” the word of the year. To add some historical context, the Public Domain Review recently posted about a photograph that is quite possibly the world’s first selfie—a self-portrait daguerreotype taken by American photography pioneer Robert Cornelius in October 1839 (the daguerreotype process was new, having been unveiled in January of that same year). Cornelius took the photograph outside his family’s lamp store in Philadelphia. He had to hold his roguish pose for quite a while as early daguerreotypes required exposures of 3 to 15 minutes.

photo via the Library of Congress