Glorkian Warrior: The Trials of Glork is an upcoming collaboration between Pixeljam Games and comic artist James Kochalka, and their newest teaser trailer for the game has bumped this upcoming iOS release into “highly-anticipated” territory for me. Pixeljam originally announced Glorkian Warrior on our forums back in August of last year, though the project dates all the way back to a successful Kickstarter project in 2010. The idea is a Mario-style platformer mixed with the vertical shooting of a game like Galaga, complete with procedurally generated enemy flight paths and formations. You’ll get the idea if you check out the latest trailer.

END_OF_DOCUMENT_TOKEN_TO_BE_REPLACED

The Greatest Painters in Western History

By art alone we are able to get outside ourselves, to know what another sees of this universe which for him is not ours, the landscapes of which would remain as unknown to us as those of the moon. Thanks to art, instead of seeing one world, our own, we see it multiplied and as many original artists as there are, so many worlds are at our disposal, differing more widely from each other than those which roll round the infinite and which, whether their name be Rembrandt or Vermeer, send us their unique rays many centuries after the hearth from which they emanate is extinguished. (Proust)

END_OF_DOCUMENT_TOKEN_TO_BE_REPLACED

The +Raspberry Pi, the $25 computer that seems to be taking the computer enthusiast world by storm, was formally launched at 6AM GMT this morning. The Foundation has announced that they will be entrusting the manufacture of the computers to two British companies, Premier Farnell and RS Components.

The first run will consist of 10.000 model B´s to get them into the hands of hobbyists and teachers who can prepare projects and educational material. Next runs will include the cheaper model A as well to make sure young kids in the UK can afford one.

The two parts manufacturers shall be building and distributing identical versions of the Raspberry Pi at the originally quoted prices ($25 for Model A and $35 for the better specced Model B), while still allowing for a small profit to be given to The Foundation to be put back into the charity.

The Foundation also announced that they will be doubling the RAM available for Model A, taking it up to 256MB, while leaving the price intact.

Following an announcement for people to log in to their site at 6AM GMT, the Raspberry Pi servers could not cope with the demand. Thankfully the foundation had a static mini-site prepared and are serving that one until demand subsides. Sadly both distributors were not prepared for the demand, and at time of writing both sites were giving connection errors.

It seems like no one really estimated what the interest in the device would have been like – as #raspberrypi was one of the top trending phrases worldwide on Twitter around the time of launch. Both on Twitter and here on Google+ the interest was initially great, but people soon started posting angry comments at the way the launch was handled.

Will you be trying to order one?

>Want to receive more #EuroTech news? Subscribe to this page!<
Show your support by plussing the page and sharing it with friends.﻿

END_OF_DOCUMENT_TOKEN_TO_BE_REPLACED A boy rides the back of a djinn, watercolour by Spanish artist and illustrator José Segrelles. 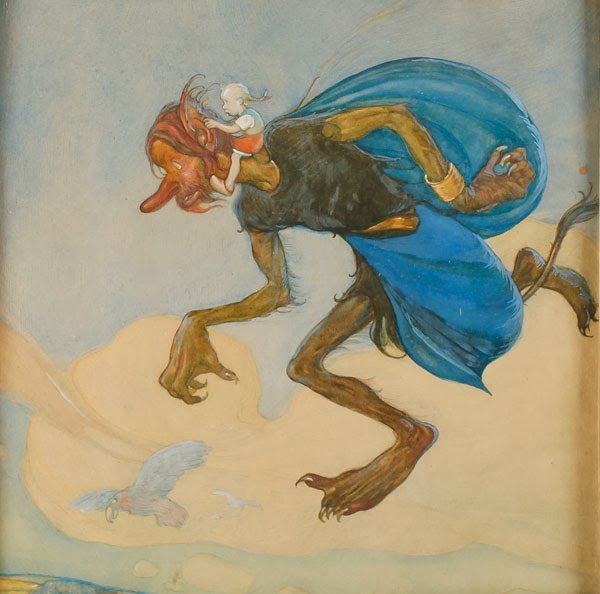 Here’s a picture of a kid riding through the sky on a giant troll by Swedish artist Gustaf Tenggren. 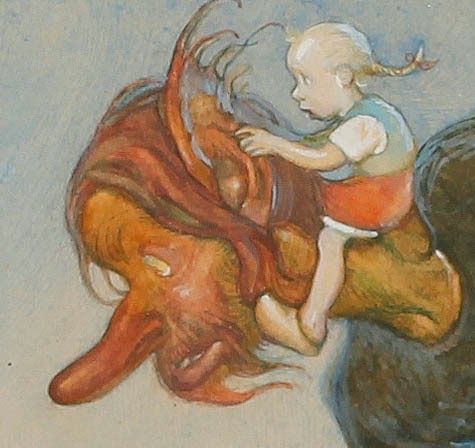 The detail shows the loving exaggeration of the nose, the droopy lip, and the tendrils on the ear. I love the worried expression of the rider. 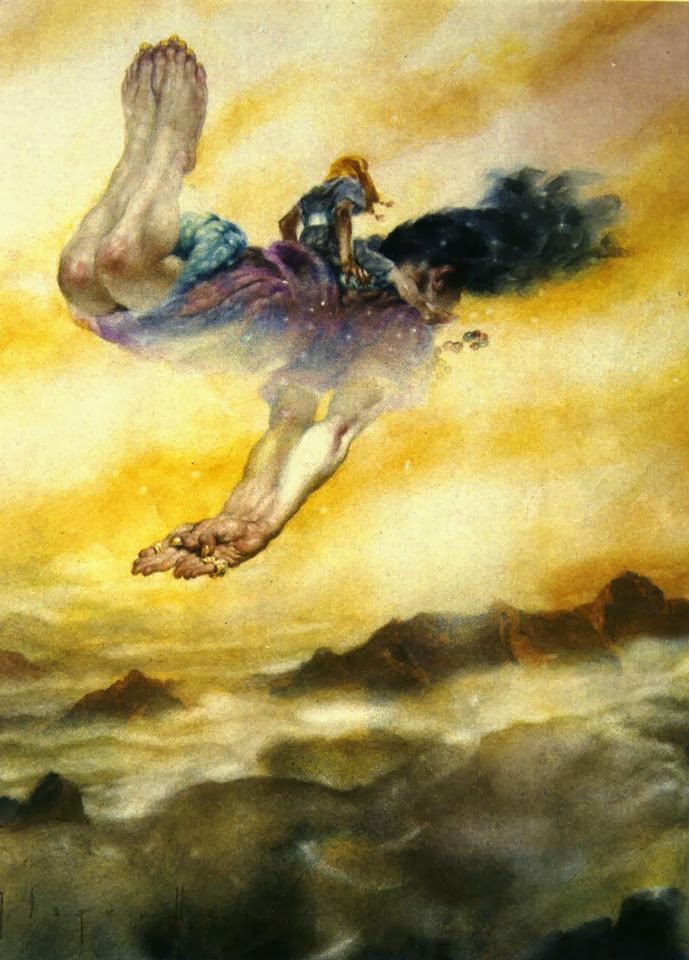 Speaking of young person riding a giant magical humanoid through the sky, I’m reminded of one of my favorite pictures, painted in watercolor by José Segrelles (1885-1969). It shows a young man flying on the back of a genie. You can’t see either of their faces, only the paired hands and feet of the giant, who swims through the golden vapors, his hair and the hem of his garment blown forward by a spice-scented tailwind.

There’s not enough published about Segrelles on the web, so please share this one with people who you think might like it. There’s only one good book on Segrelles that I know of, Jose Segrelles Albert: Su vida y su obra (Spanish Edition)

, rather expensive, but well worth it, especially if you can read the Spanish.
More about Tenggren at the Gustaf Tenggren blog
Thanks, Bertil Saukkoriipi