This photo has been going around the internet the past few days: 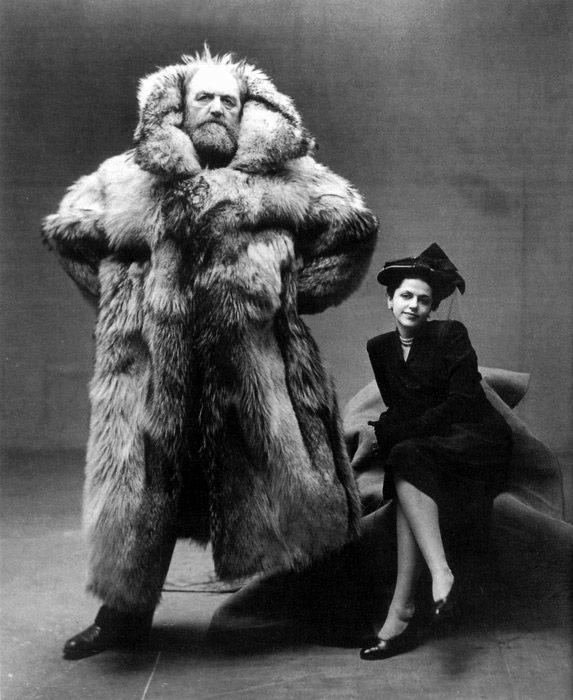 That’s Peter Freuchen and his wife Dagmar Freuchen-Gale, in a photo taken by Irving Penn. Freuchen is a top candidate for the Most Interesting Man in the World. Standing six feet seven inches, Freuchen was an arctic explorer, journalist, author, and anthropologist. He participated in several arctic journeys (including a 1000-mile dogsled trip across Greenland), starred in an Oscar-winning film, wrote more than a dozen books (novels and nonfiction, including his Famous Book of the Eskimos), had a peg leg (he lost his leg to frostbite in 1926; he amputated his gangrenous toes himself), was involved in the Danish resistance against Germany, was imprisoned and sentenced to death by the Nazis before escaping to Sweden, studied to be a doctor at university, his first wife was Inuit and his second was a Danish margarine heiress, became friends with Jean Harlow and Mae West, once escaped from a blizzard shelter by cutting his way out of it with a knife fashioned from his own feces, and, last but certainly not least, won $64,000 on The $64,000 Question. An anecdote about Freuchen, courtesy of Frank Chimero:

It was so cold that even inside his cabin, even with the small coal stove, the moisture in his breath condensed into ice on the walls and ceiling. He kept breathing. The house got smaller and smaller. Early on, he wrote, two men could not pass without brushing elbows. Eventually after he was alone and the coal — “the one factor that had kept the house from growing in upon me” — was gone, he threw out the stove to make more room inside. (He still had a spirit lamp for light and boiling water.) Before winter and his task ended and relief came, he was living inside an ice cave made of his own breath that hardly left him room to stretch out to sleep. Peter Freuchen, six foot seven, lived inside the cave of his breath.

I mean, come on! His third wife, Dagmar Freuchen-Gale, was no slouch either. She was a teacher, artist, editor, expert on world cuisine, and a top fashion illustrator. Here’s a cover she illustrated for Vogue in 1947: 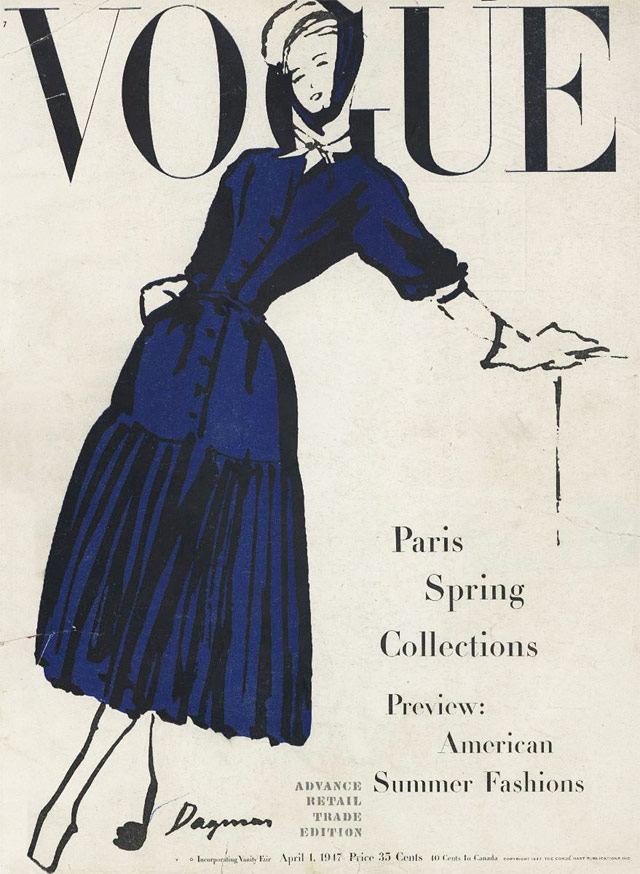