Here’s an example of a well controlled watercolor portrait from 1874 by Nikolai Yaroshenko. The portrait shows his friend and fellow artist Ivan Kramskoi. 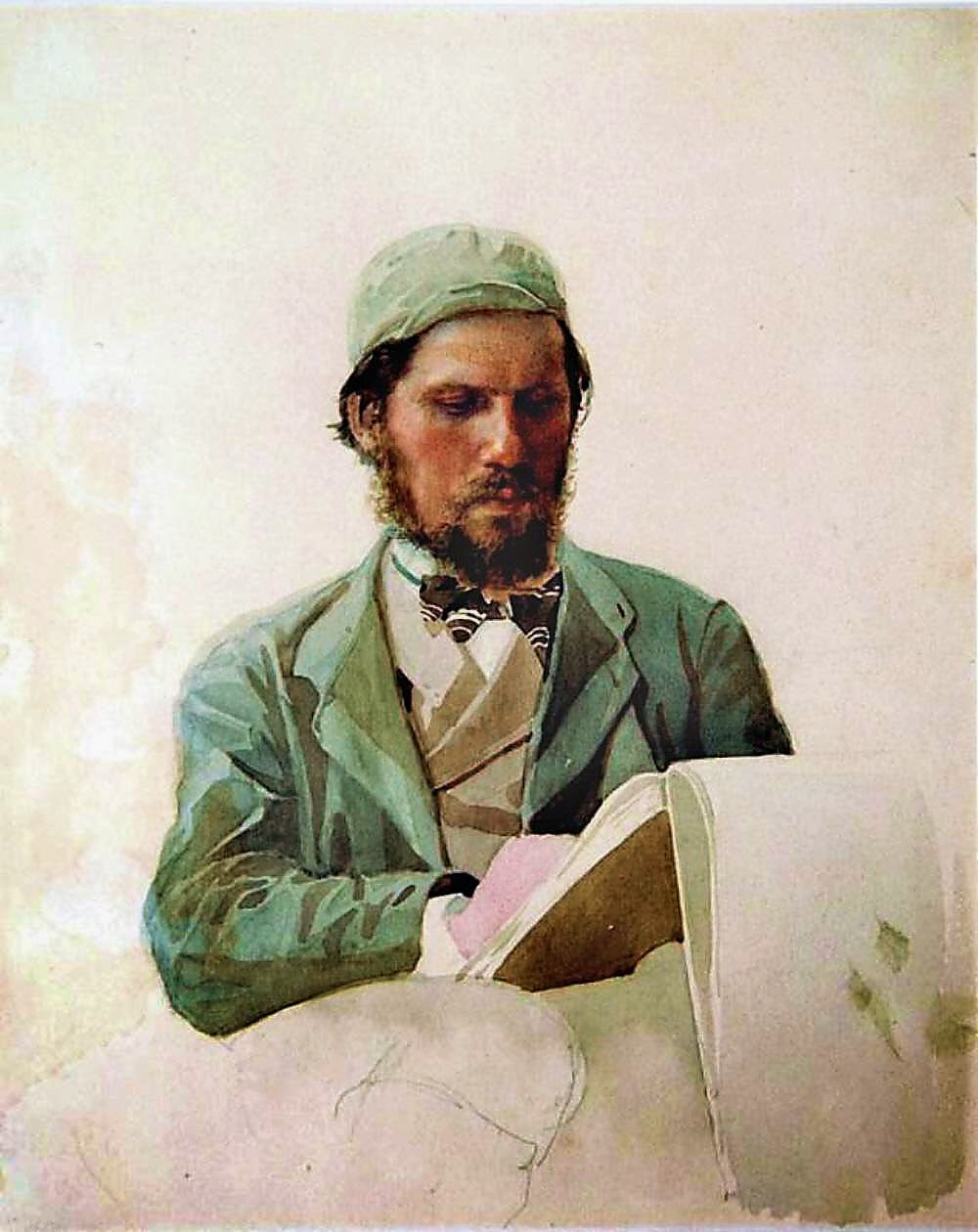 A watercolor like this would begin with a careful pencil line outline drawing on fairly smooth paper or board. You can see the untouched pencil drawing of the leg in the lower part of the picture. Following that would be light, neutral washes of watercolor, such as what you see on the hand and on the flipped-back pages of Kramskoi’s book.
He tested one of his green mixtures on the right side of the picture. It’s not a bad idea to have a test-swatch section of the sketch where you can fool around with the brush and try things out. 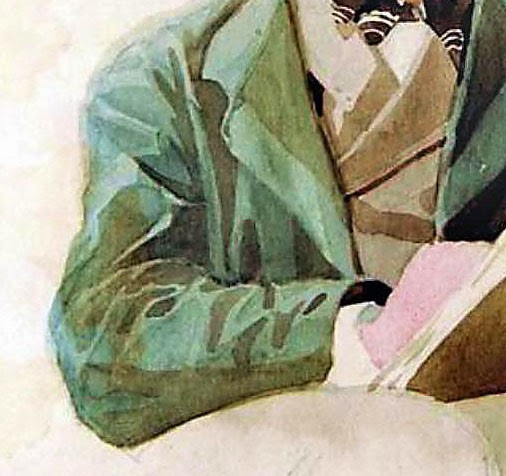 Once the big areas are lightly covered, and still using a big brush, Kramskoi adds smaller shapes to define the folds of the sleeve, varying the colors as he goes. The pencil drawing probably didn’t define these folds in much detail, so he’s finding them with the brush. 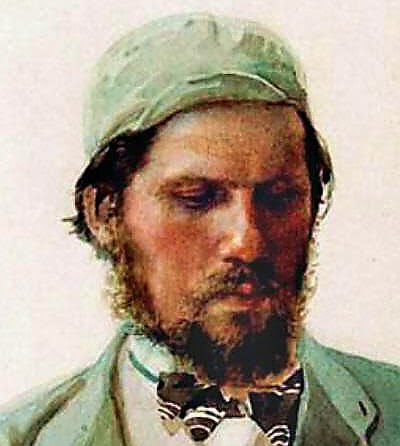 Yaroshenko probably spent three quarters of his time on the face, and I would guess this study took about two to three hours in all. To get the very controlled soft transitions, he might have painted some passages where he lightly wet the surface and dropped in colors a little at a time.
He might have lifted out areas that got too dark. Lifting out means wetting already painted surfaces and dabbing out some of the pigment with a brush, sponge or rag.
But you have to watch out with these techniques, because applications of water over painted passages can easily mess them up. It’s like dancing on eggshells.
I can’t tell from this repro whether he used any gouache, but I would guess probably not. The white stripes in the tie and the shirt seem to be white areas in the paper left untouched.
In the ’70s when I was becoming an artist, everyone wanted to paint watercolor “bold and free.” But from my perspective, boldness and freedom alone don’t have much value without the grounding of deliberate consideration and careful observation.