Can computers generate faces out of random shapes? 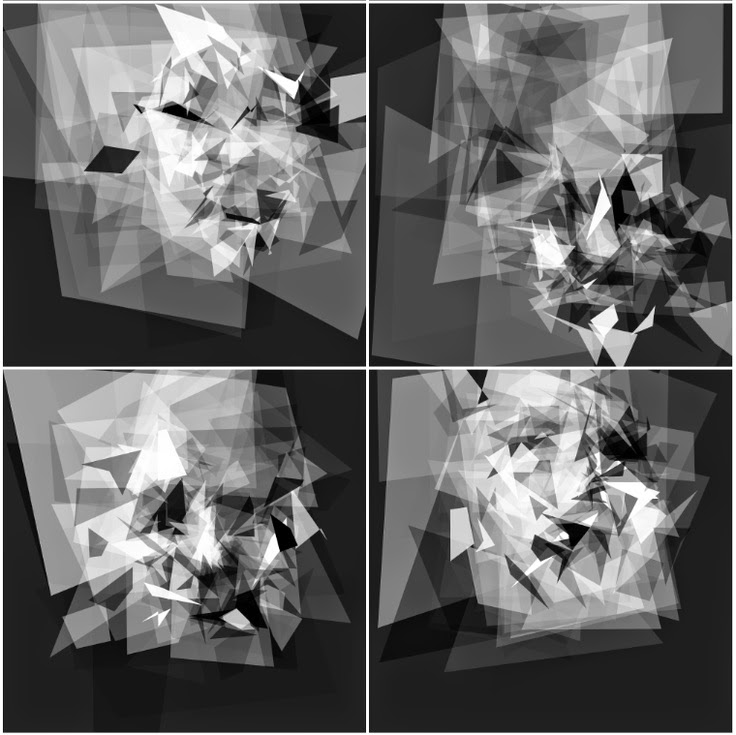 Yes. All you have to do is combine a random polygon generator with face recognition software.

The computer generates clusters of random polygons until a face detector notices something that looks like a face. Then the polygon cluster continues mutating in a series of generations as the face detector increases its confidence factor.

The software, developed by people like Phil McCarthy, Roger Alsing, and Greg Borenstein, resembles the human propensity for pareidolia, a form of apophenia where we see faces in clouds or tree bark.

An infinite number of faces emerge in this artificial evolutionary process.

You can watch the genetic programming happen in real time at a website called “Iobound Pareidoloop”. Here’s one I watched just now. It took 409 generations and about five minutes. If I had let the process go longer, it would have looked more like a face.

Sometimes the faces take on the appearance of wailing spirits struggling to escape from the void, like Michelangelo’s unfinished slave statues. 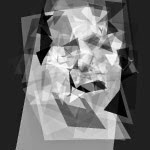 But they’re nothing more than digital tea leaves, ink blots, random data.
Artists may feel a kinship for this process, as certain painters use a process of generating seemingly random shapes and then filtering out whatever doesn’t add to the face-like appearance.
Roger Alsing has done an interesting variation on this idea. What if you set up the DNA for random polygon generation to match the Mona Lisa? Add to that the constraint is that you have to make the face out of no more than 50 semi-transparent polygons. Here’s what the software gives us as it closes in on the finish:

Try out a demo of the software at “Iobound Pareidoloop”.
More examples at Prosthetic Knowledge