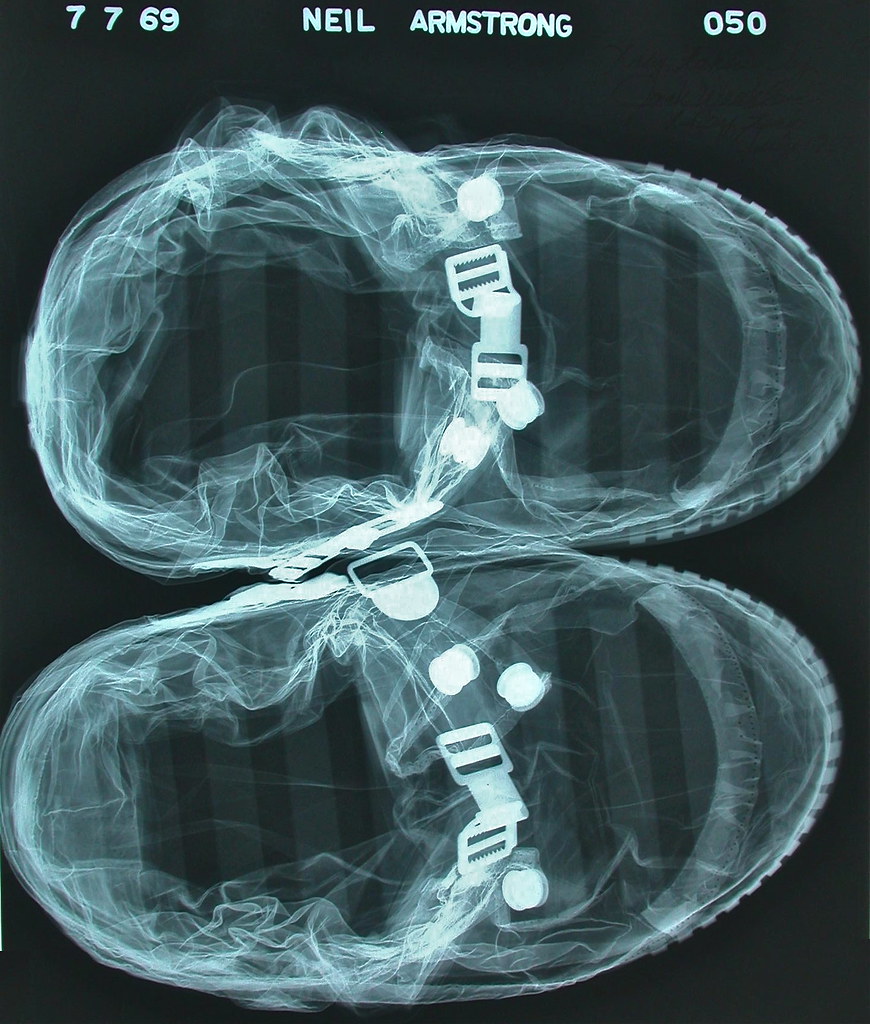 Remember the closeup picture of Armstrong’s imprinted footprint on the moon? These struck me as ethereal echoes, anticipatory foot prints from the adventurous arc of exploration.

Something about it just draws me in. I can imagine them glowing from a diffused backlight.

A vintage 11”x 14” X-ray of Apollo 11 astronaut Neil Armstrong’s lunar EVA spacesuit boots dated 7-7-69, only 9 days before the launch. Excellent condition. This X-ray was taken as a last minute check to see if there were any foreign objects that could compromise the integrity of the spacesuit during the mission, such as broken off tips of needles that were used in the stitching process. The X-ray was taken and inspected at the time by a man named Jack Weakland, who stored it for NASA during and after the Apollo program.