These pictures were designed to radiate power.  Their perspective was deliberately distorted and the cars were stretched to make the cars appear more muscular.  The colors were enhanced to shine like the sun.  The chrome was intensified.  These ads, which typically employed little text or white space, were masterpieces of propagandistic art.

But when cars were first invented, illustrators didn’t have such tools.  They had no access to sharp, accurate color printing, photo projection or some of the other devices crucial to later car illustrations.  They painted small, black and white pictures for text-heavy ads reproduced on inferior, uncoated paper.  These limits called for a different aesthetic but the illustrators made it work.  Here is an ad campaign for Packard from the early 20s: 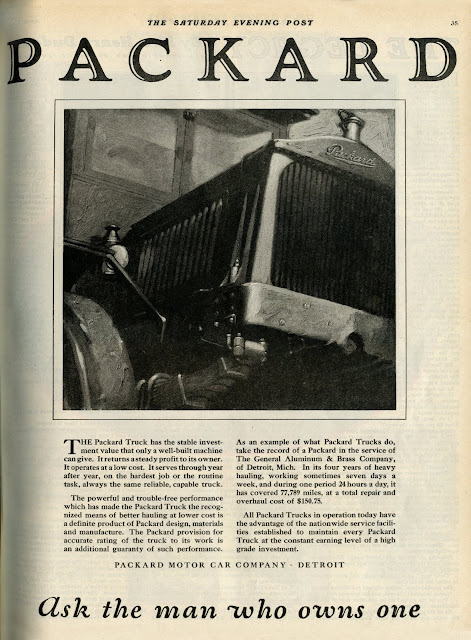 Rather than show a photographic full view of the car, these artists selected an important detail– a front grill or a tire or a silhouette– to imply power and class.  Without a full color palette they used the advantage of black and white art: strong compositions.  Here are other illustrations from the same series. 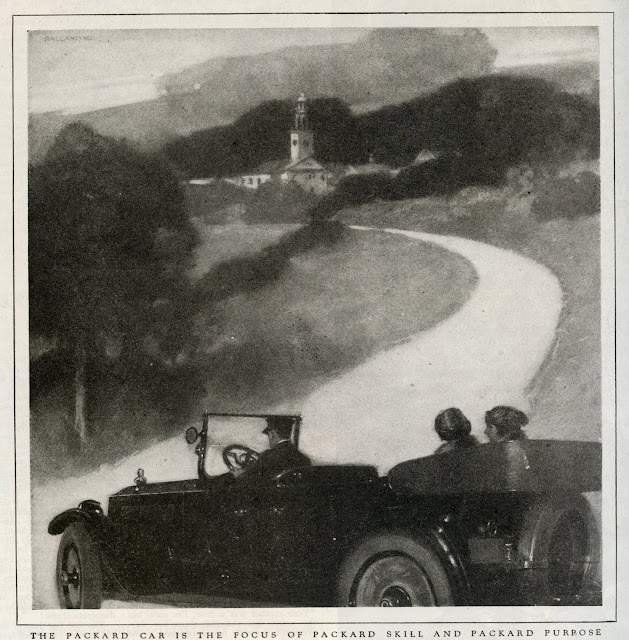 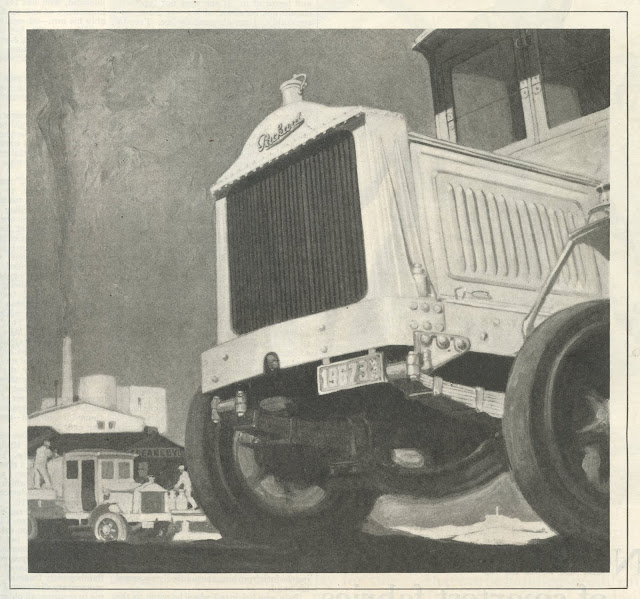 There was one painting for each new ad.  They were done by different talented illustrators (such as the great Andrew Loomis) but in a similar style. 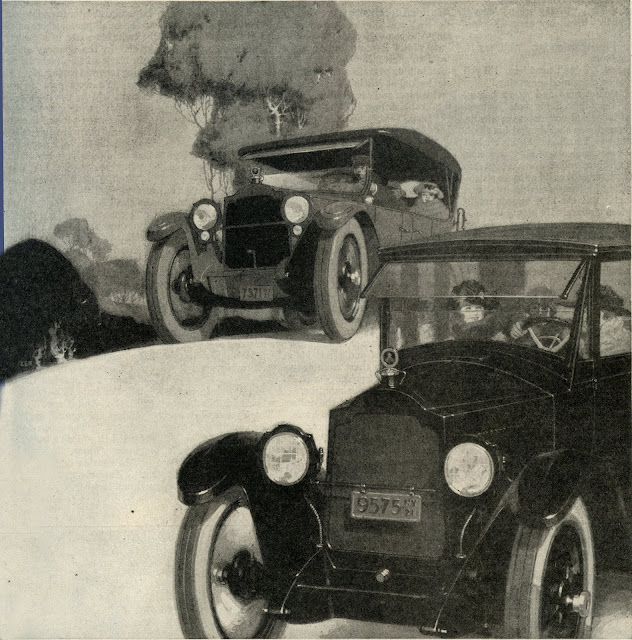 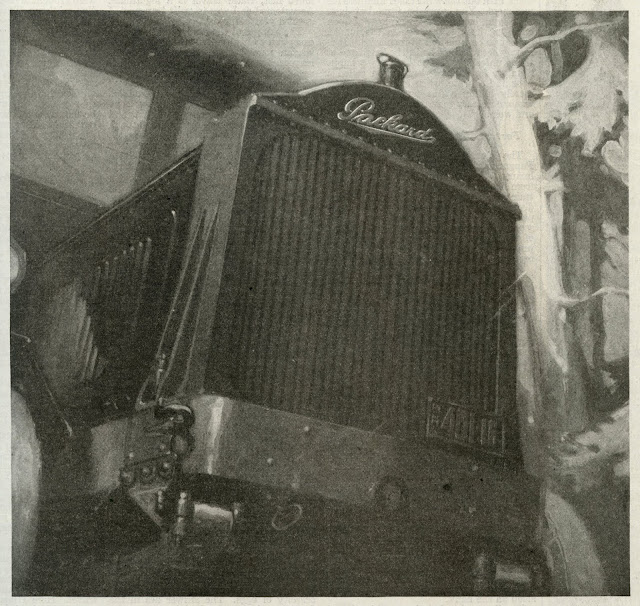 What interests me is how, even without the tools that later illustrators employed to convey horsepower, these illustrations still conveyed their own strength.  There is a strength that radiates from selectivity, from strong compositions, from opinionated designs. 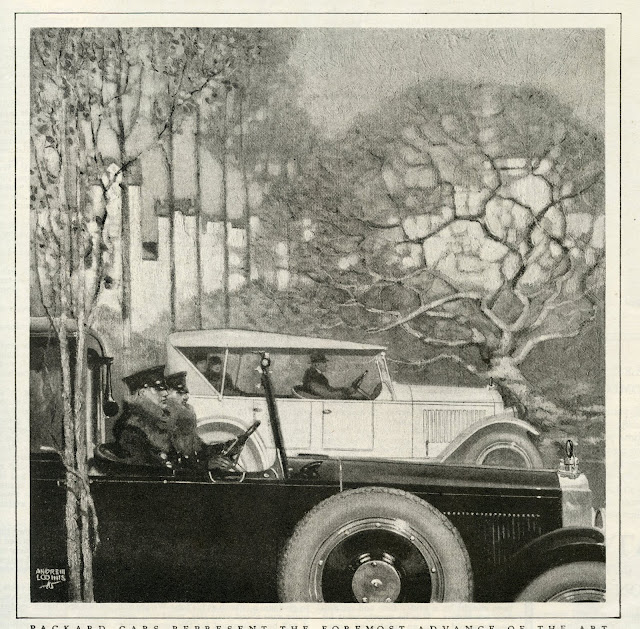 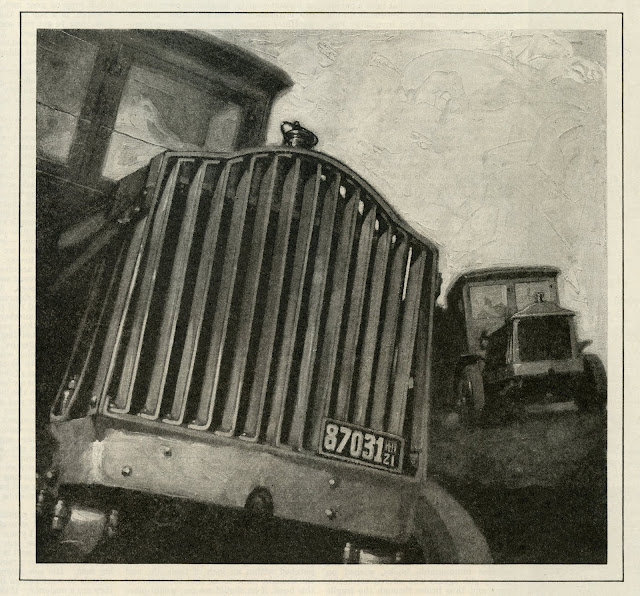