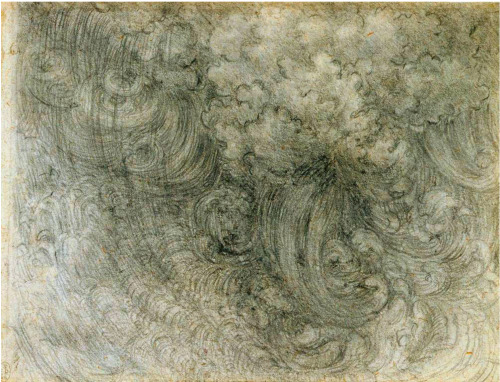 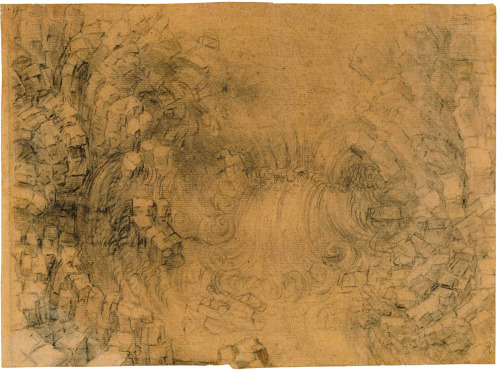 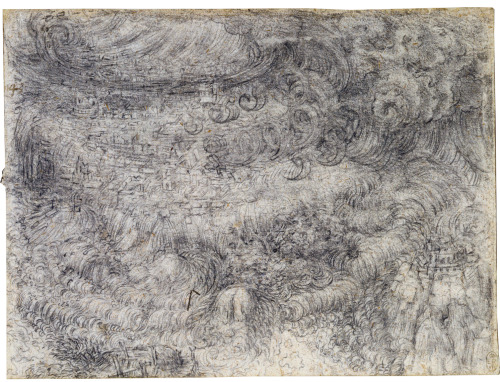 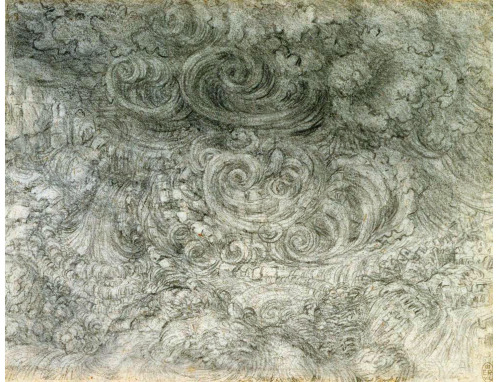 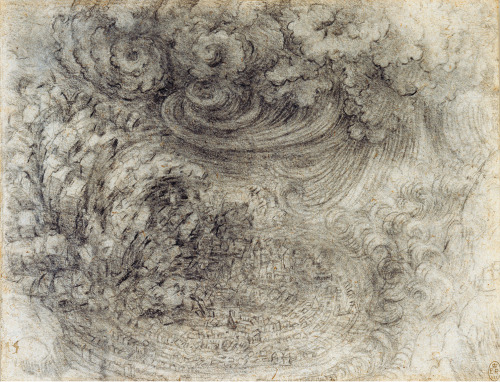 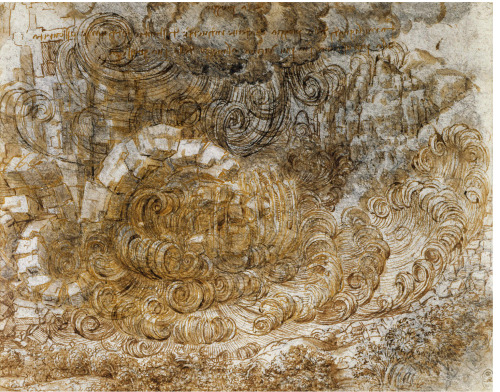 Let there be represented the summit of a rugged mountain with valleys surrounding its base, and on its sides let the surface of the soil be seen to slide, together with the small roots of the bushes, denuding great portions of the surrounding rocks … and let the mountains as they are laid bare reveal the deep fissures made in them by ancient earthquakes … And into the depth of some valley may have fallen the fragments of a mountain, forming a shore to the swollen waters of its river, which, having already burst its banks, will rush on in monstrous waves; and the greatest will strike upon and destroy the walls of the cities and farmhouses in the valley.

Some of Leonardo da Vinci’s representations of catastrophic deluges.