Back on Earth we were allowed a tiny glimpse into this cognitive shift when the iconic photograph ‘Earthrise’ was published, showing the Earth as seen from lunar orbit by astronaut William Anders over fifty years ago. Many accept this marked the beginning of our environmental awareness.

His painting ‘The bigger picture’ (160x160cm) demonstrates a whimsical application of the overview phenomenon in combination with our perceived concept of historical significance. In this appropriation of Jacques-Louis David’s famous painting, Napoleon’s noble steed Marengo carries a triumphant Buzz Aldrin, exposing the absurdity of warring nations when observed from an enlightened cognitive state.

Some paintings place these lunar explorers is lush earth-like utopias that act to highlight how disconnected we have become from the biosphere that is vital to our existence. These paintings will form part of his solo exhibition GROUNDED, 2-6 December at the Royal Opera Arcade Gallery, London. 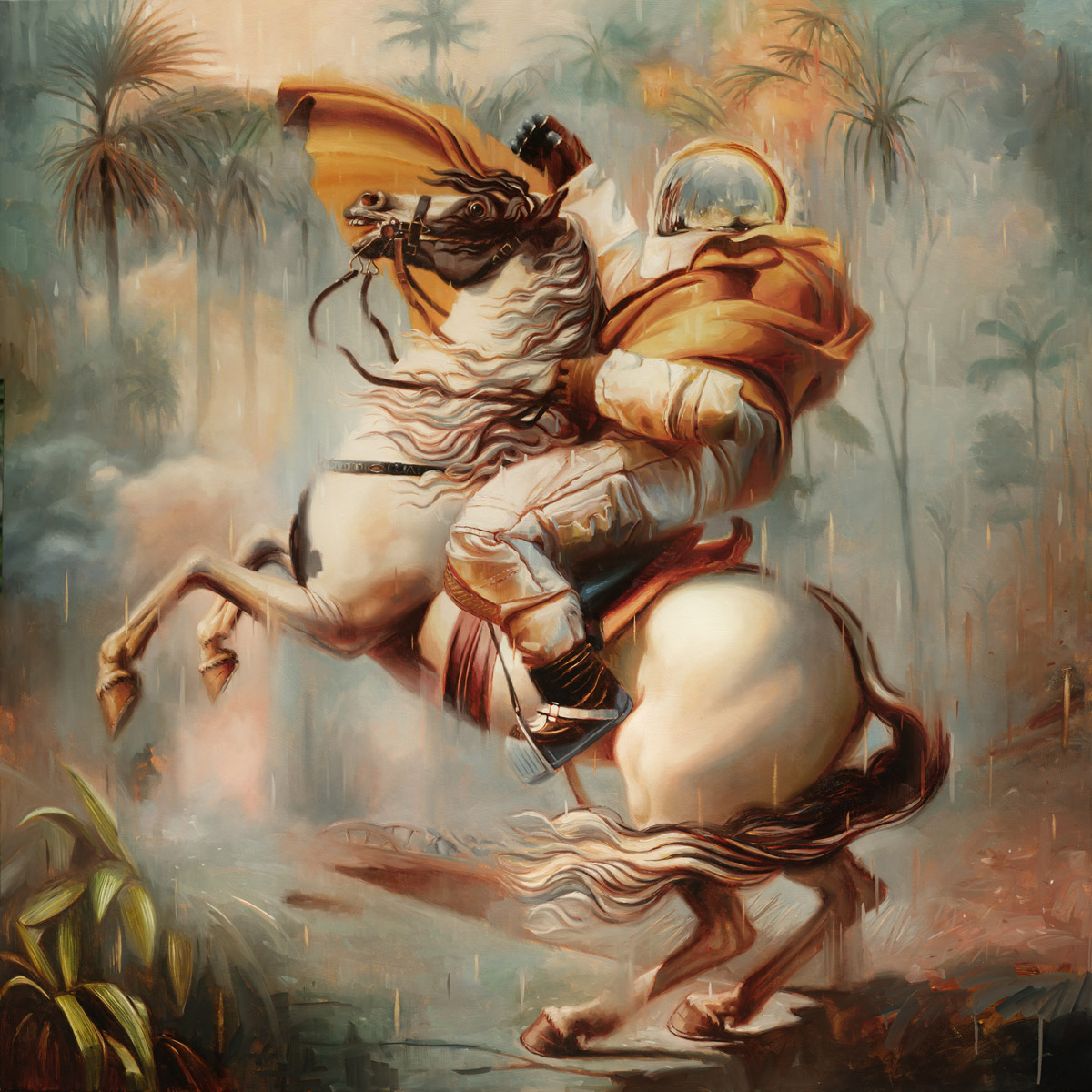 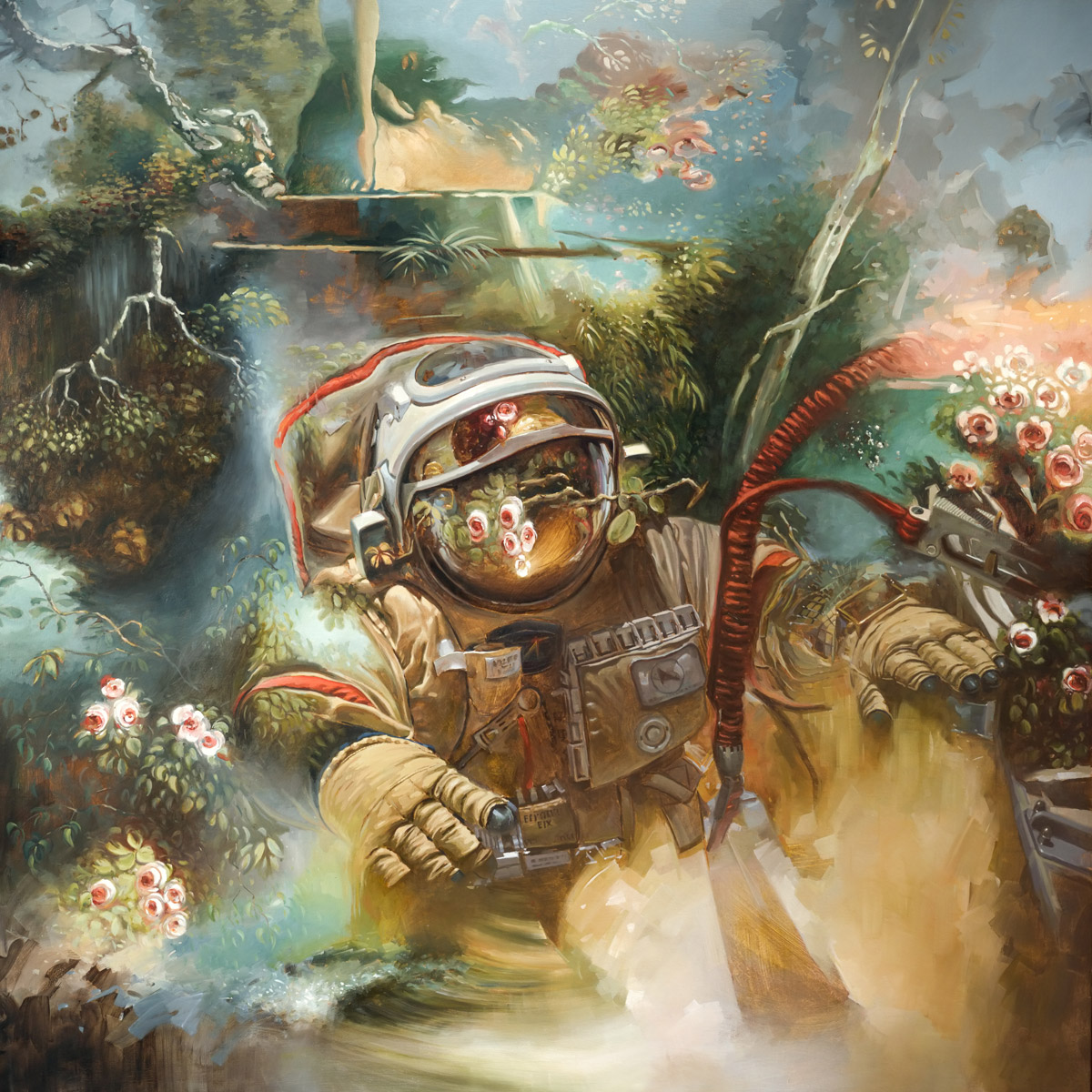 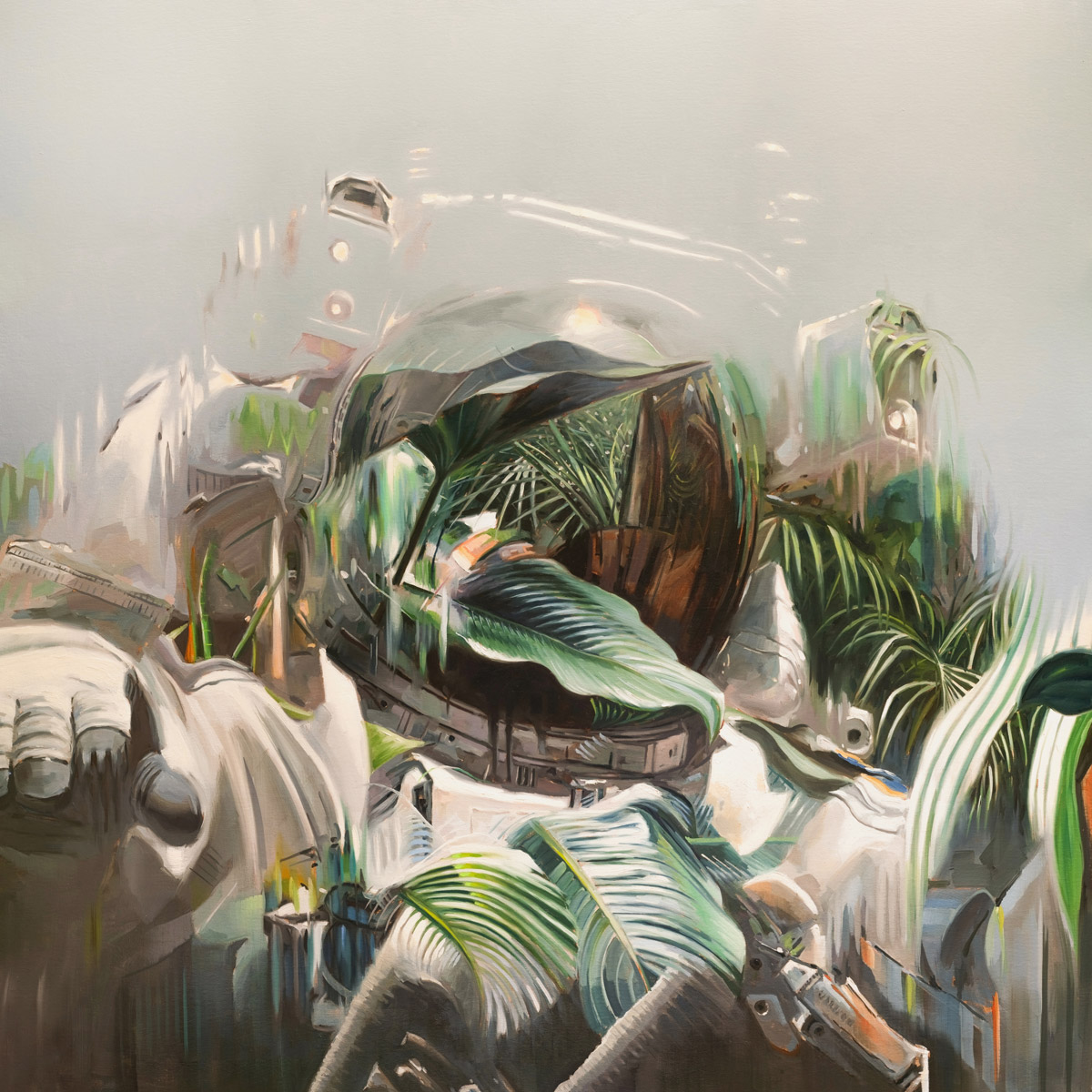 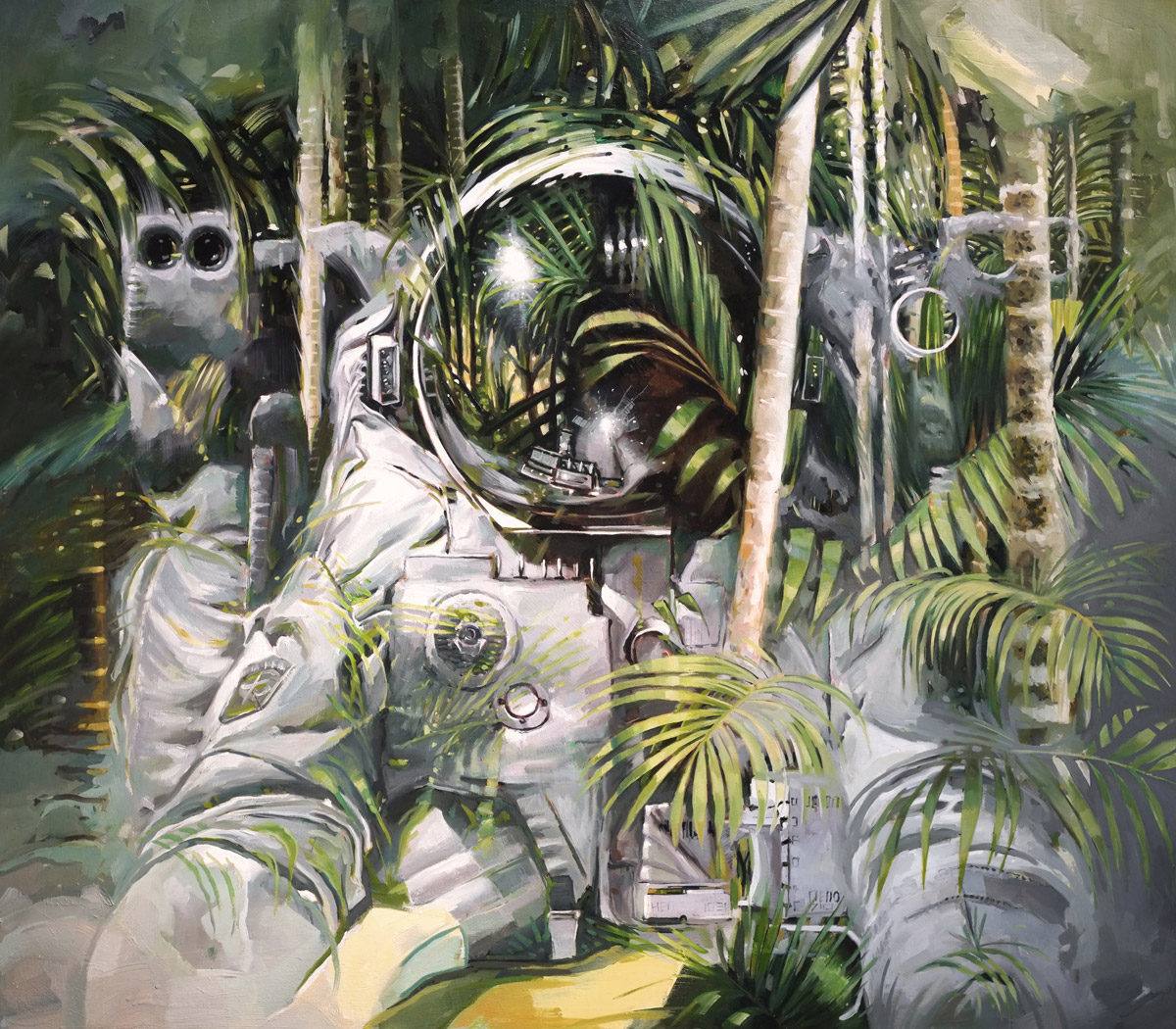 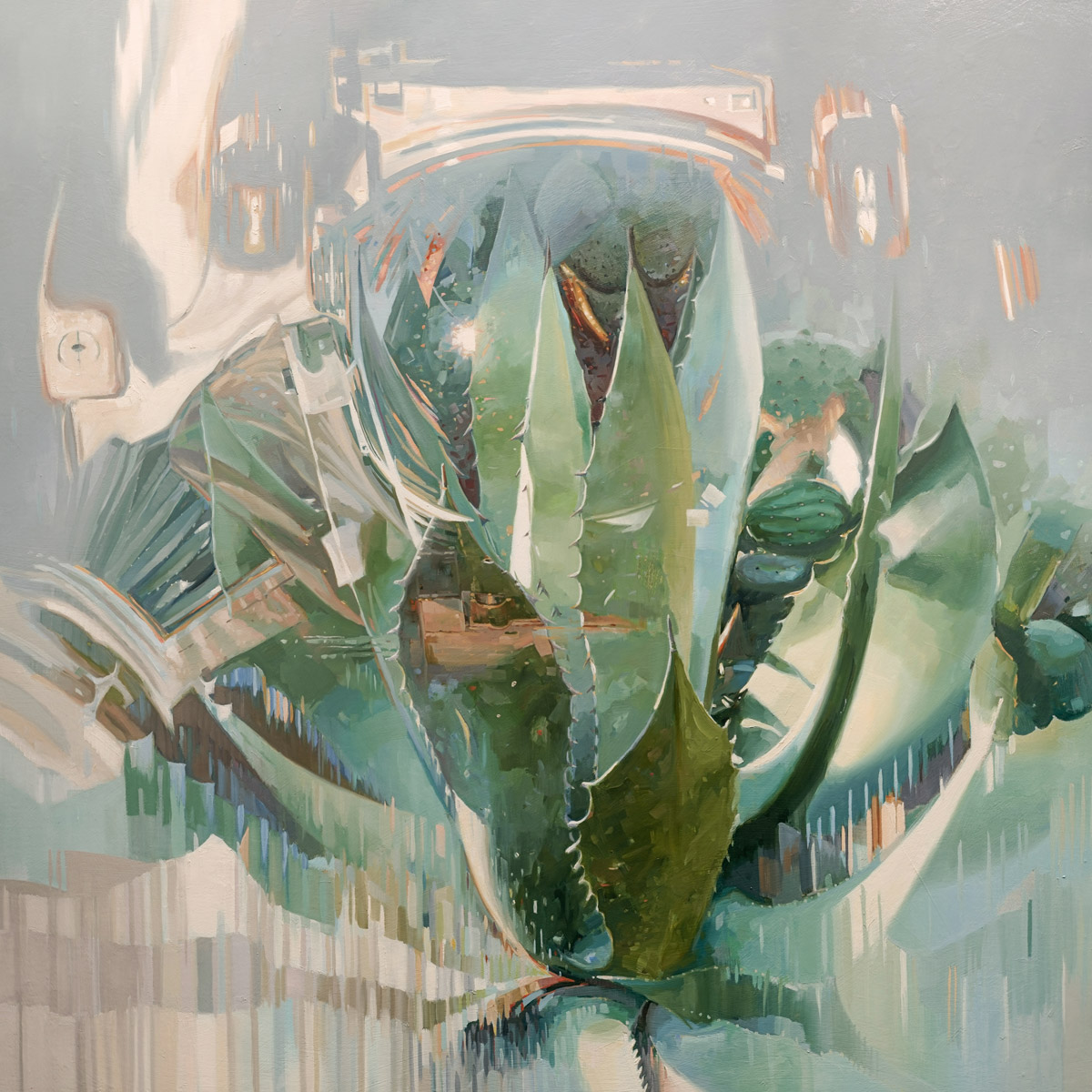 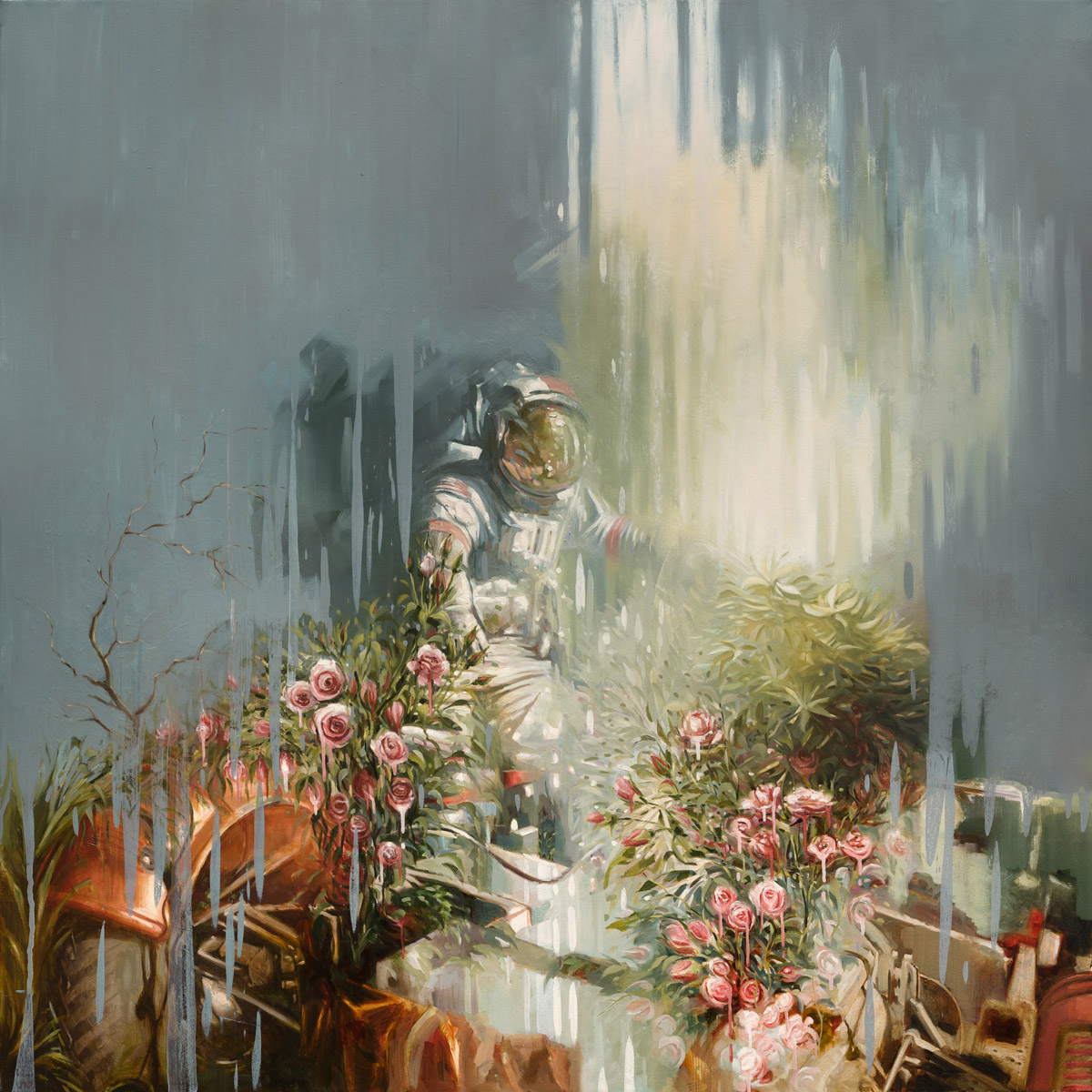 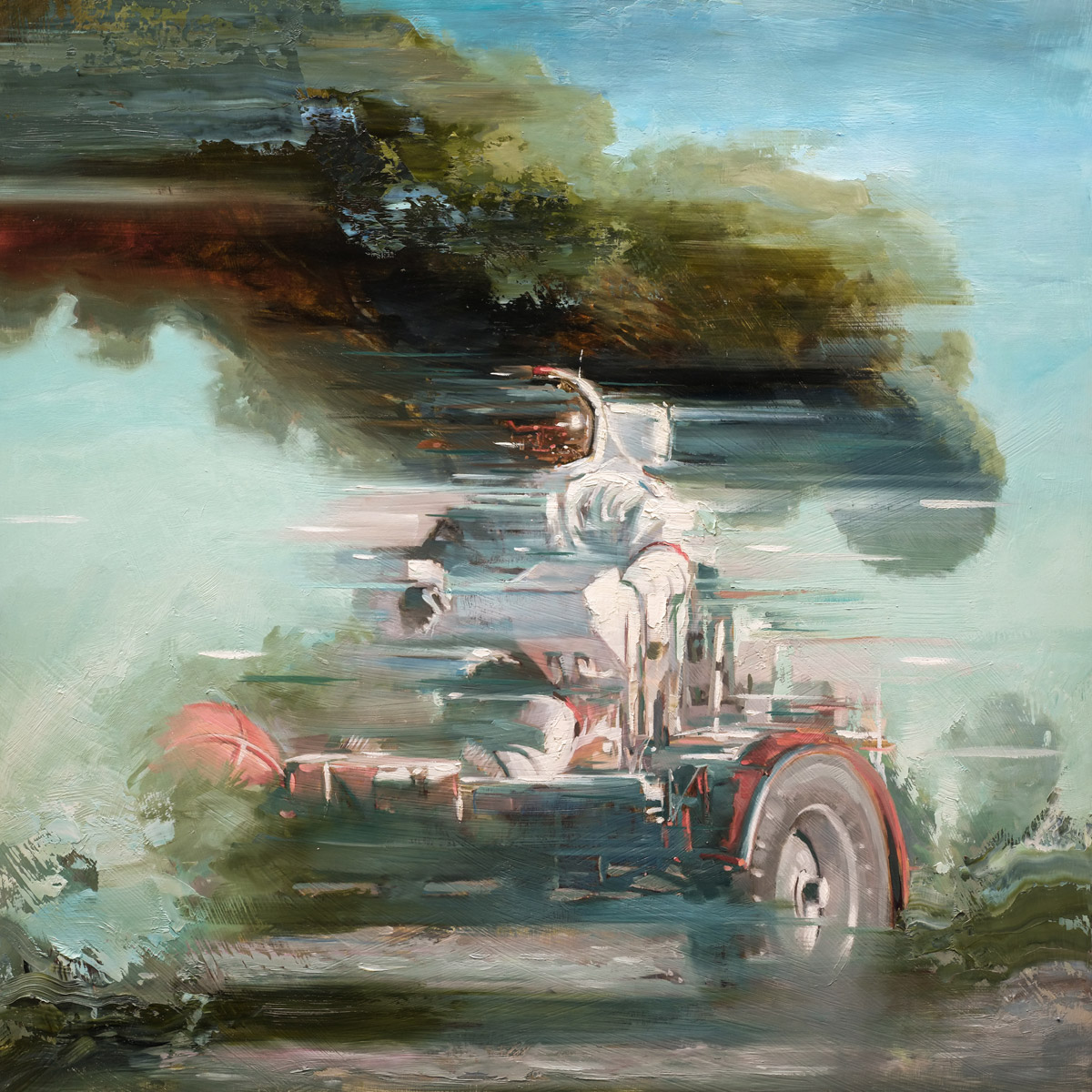 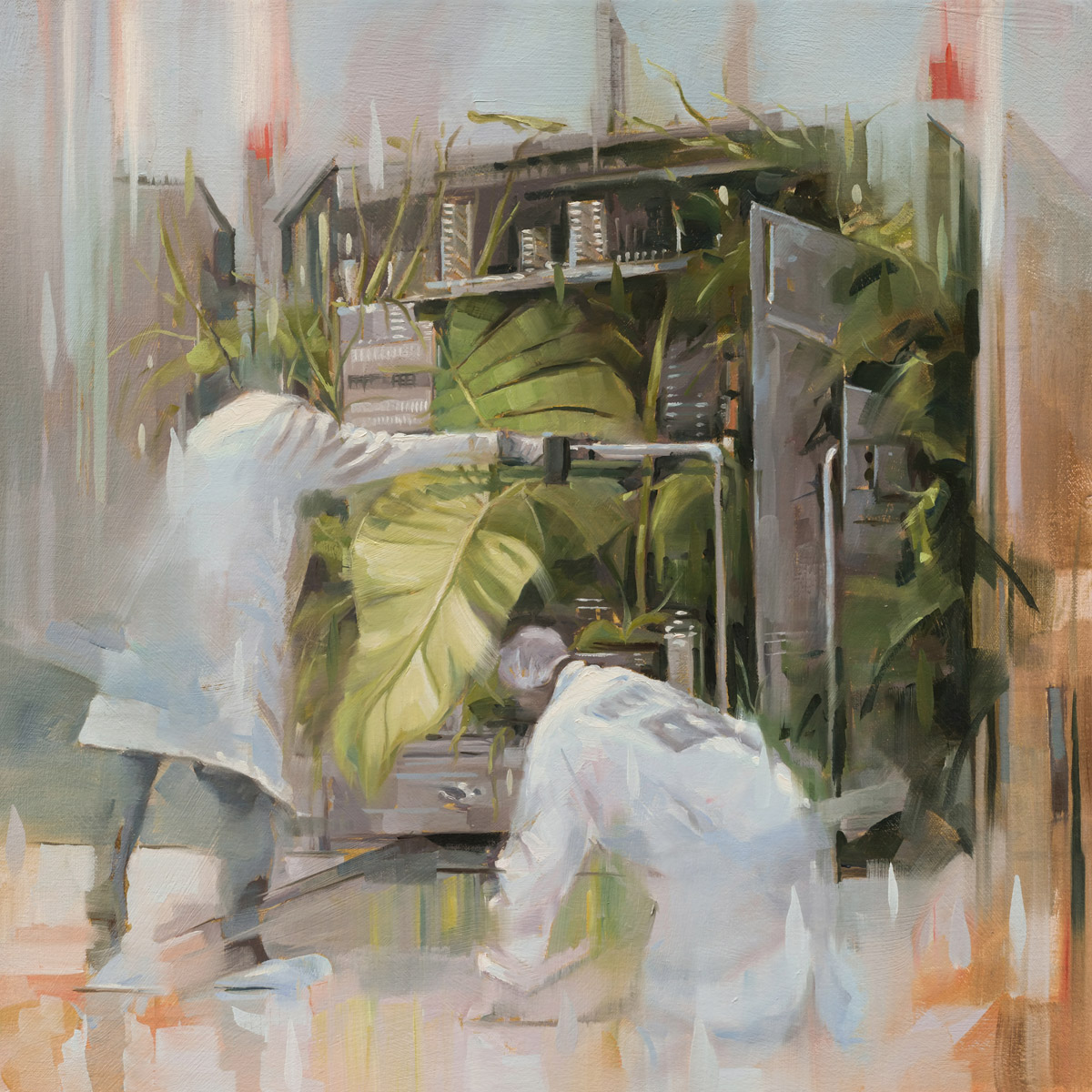