1. Kill a few flies.
2. Put them in the sun to dry for one hour.
3. Once they are dry, pick up a pencil and paper… Let your imagination flow.

Here are a few examples…. I recently came across the photos of Nicholas Alan Cope and was STUNNED when I came across this collaboration he did with Dustin Arnold. The images are part of a series called Stamen, which reminds me of the look and feel of Ridley Scott’s epic fantasy film, Legend. I’m not quite sure how the collaborators capture these, but the images kind of seem likey were taken underwater, which is where the gloom and bits of detritus floating around may come from. I can’t possibly implore you more to check out the rest of this series. 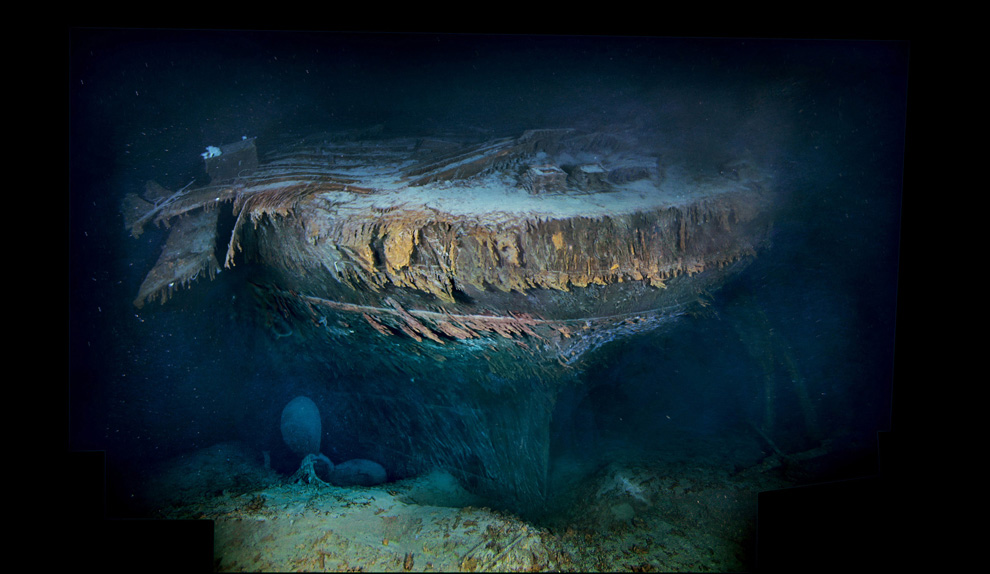 The sinking of the RMS Titanic caused the deaths of 1,517 of its 2,229 passengers and crew (official numbers vary slightly) in one of the deadliest peacetime maritime disasters in history. The 712 survivors were taken aboard the RMS Carpathia. Few disasters have had such resonance and far-reaching effects on the fabric of society as the sinking of the Titanic. It affected attitudes toward social injustice, altered the way the North Atlantic passenger trade was conducted, changed the regulations for numbers of lifeboats carried aboard passenger vessels and created an International Ice Patrol (where commercial ships crossing the North Atlantic still, today, radio in their positions and ice sightings). The 1985 discovery of the Titanic wreck on the ocean floor marked a turning point for public awareness of the ocean and for the development of new areas of science and technology. April 15, 2012 will mark the 100th anniversary of the Titanic disaster. It has become one of the most famous ships in history, her memory kept alive by numerous books, films, exhibits and memorials. – Paula Nelson (51 photos total)

END_OF_DOCUMENT_TOKEN_TO_BE_REPLACED

You’ll need a magnifying glass or superhero vision to check out these miniature works of art by England-based micro-sculptor Willard Wigan. All of his sculptures are displayed on the head of a pin, the tip of an eyelash, or a grain of sand. He uses materials such as toothpicks, sugar crystals, and grains of rice to carve and paint his sculptures and the smallest sculpture can be measured in thousandths of an inch.

Wigan is completely self-taught. At the early age of five years old, Wigan said, “I started making houses for ants because I thought they needed somewhere to live. Then I made them shoes and hats. It was a fantasy world I escaped to. That’s how my career as a micro-sculptor began.”

END_OF_DOCUMENT_TOKEN_TO_BE_REPLACED He was lucky in that the town of Ghent, though fairly small, has a reputation for being extremely tolerant in the view on artistic license, the art community there seen as a sort of breeding ground for upcoming talent. ROA began, as did many others, by placing his highly recognizable paintings on old industrial units or abandoned buildings, and has in recent years displayed works in New York, Berlin and Warsaw. END_OF_DOCUMENT_TOKEN_TO_BE_REPLACED

At first it seems like these images by Spanish photographer Pep Ventosa are very quickly sketched line drawings of highly visited tourist locations. However, don’t be fooled! The Collective Snapshot is actually a series of photographs where images “blend together dozens of snapshots to create an abstraction of the places we’ve been and the things we’ve seen.” Ventosa transforms the familiarity of very popular and highly visited iconic landmarks around the world—including the Eiffel Tower, the Brooklyn Bridge, and Stonehenge—into something fresh and contemporary. He challenges his viewers to look with a new perspective and to experience these noteworthy places in different ways.

END_OF_DOCUMENT_TOKEN_TO_BE_REPLACED Vhils starting scratching the surface for his action all across Shanghai. ONe month long action in the streets of the city.

VHILS’s artwork is a revolution in the stencil technique in its use of unusual tools. Through the destruction of walls, he explores the layers of urban space and its history. Old papers, worn out posters, wood panels, brick walls are attacked with chisels, jackhammer, acid, or explosives, in order to sculpt his stencil on the wall. VHILS’s portraits underline an important contrast between -ew and ancient; he makes visible the inside face of these buildings.

And a teaser of a longer film that will document Vhils’ experience in China:

END_OF_DOCUMENT_TOKEN_TO_BE_REPLACED

When we first came across Shintaro Ohata’s sculptures popping out of paintings, we immediately fell in love. This Hiroshima, Japan-born artist not only has a unique style, placing his sculptures in front of his paintings, he also has the ability to create beautiful and dreamy stories.

Ohata is back with a new set of work called Polaris, which is named after the star that he says, “is always very bright and seems to be situated in the same place of the universe all the time.” Yukari Art will have two booths at Art Fair Tokyo 2012 starting March 30, where it will present two solo shows, one by Shintaro Ohata and the other by Yodogawa-Technique. Released today is Ohata’s online exhibition where you can see all of the works that will be exhibited at the fair in advance. Enjoy his new sculpture paintings as well as his more traditional paintings that all play into his theme of finding “a core like Polaris in [your] heart.”

END_OF_DOCUMENT_TOKEN_TO_BE_REPLACED

It’s not often that we come right out and call something “awesome” but really there’s just no other way to describe these new posters for Star Wars Identities. The interactive museum exhibit, which is scheduled to open in Montreal, Canada on April 19, has just released this new set that shows six different Star Wars characters made up of smaller parts. They’re incredible digital mosaics that compel you to look at all the little details.

As the Star Wars blog says, “Rather than offer an explanation of each, we are leaving it to our readers to decipher the meaning inherent in the portraits. Given the exhibit’s theme of identity, or ‘the forces that shape us,’ the illustrations draw inspiration from each character’s individuality — what it is that makes them unique or the things and events that shaped them along the way.”

END_OF_DOCUMENT_TOKEN_TO_BE_REPLACED

Picasso’s Guernica painting turns 75 years old this year, and in order to have it restored, Madrid’s Reina Sofia museum has designed a robot capable of scanning the entire painting for signs of wear and places where restoration is needed the most. The museum teamed up with Spanish telecommunication company Telefonica to build Pablito, as it’s now called, and the robot goes to work every night taking thousands of high-resolution pictures of the famous black and white anti-war painting.

Normally, when a painting the size of Guernica needs to be restored, it is taken down and worked on in a laboratory. But, because Guernica has been moved so many times, and even altered, curators thought it would be best to leave it hanging in the museum, and turn the first part of the job over to a technological master. The oil-on-canvas painting depicts tormented and distorted human and animal figures, a representation of the horror of modern warfare. It was inspired by the Italian and German bombing of a Spanish town in the Basque region during the Spanish Civil War in 1937. Start the slideshow to see Pablito hard at work.