Alexander the great's conquests were done with such speed that it puts even the mongol conquests of the same region to shame. In my perspective, given that he barely fought in a lot of the regions before achieving political supremacy, doesn't it seem like Alexander's conquests were 'too easy' in terms not of beating military opponents but in terms of achieving political supremacy. Was the world that alexander took over really so willing to give over political and economic leadership to a guy whose army was smaller in comparison to the population of even some of the bigger regional cities?

END_OF_DOCUMENT_TOKEN_TO_BE_REPLACED 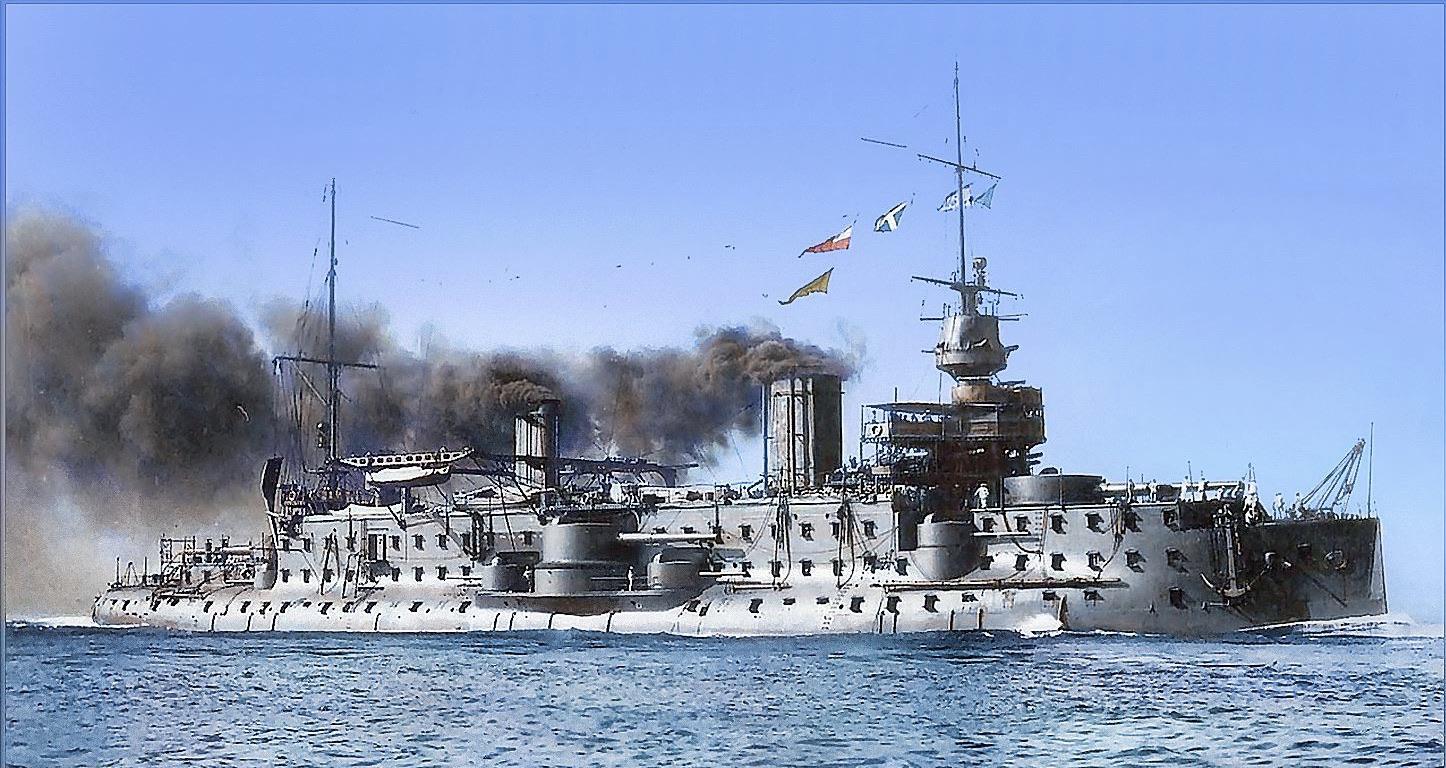 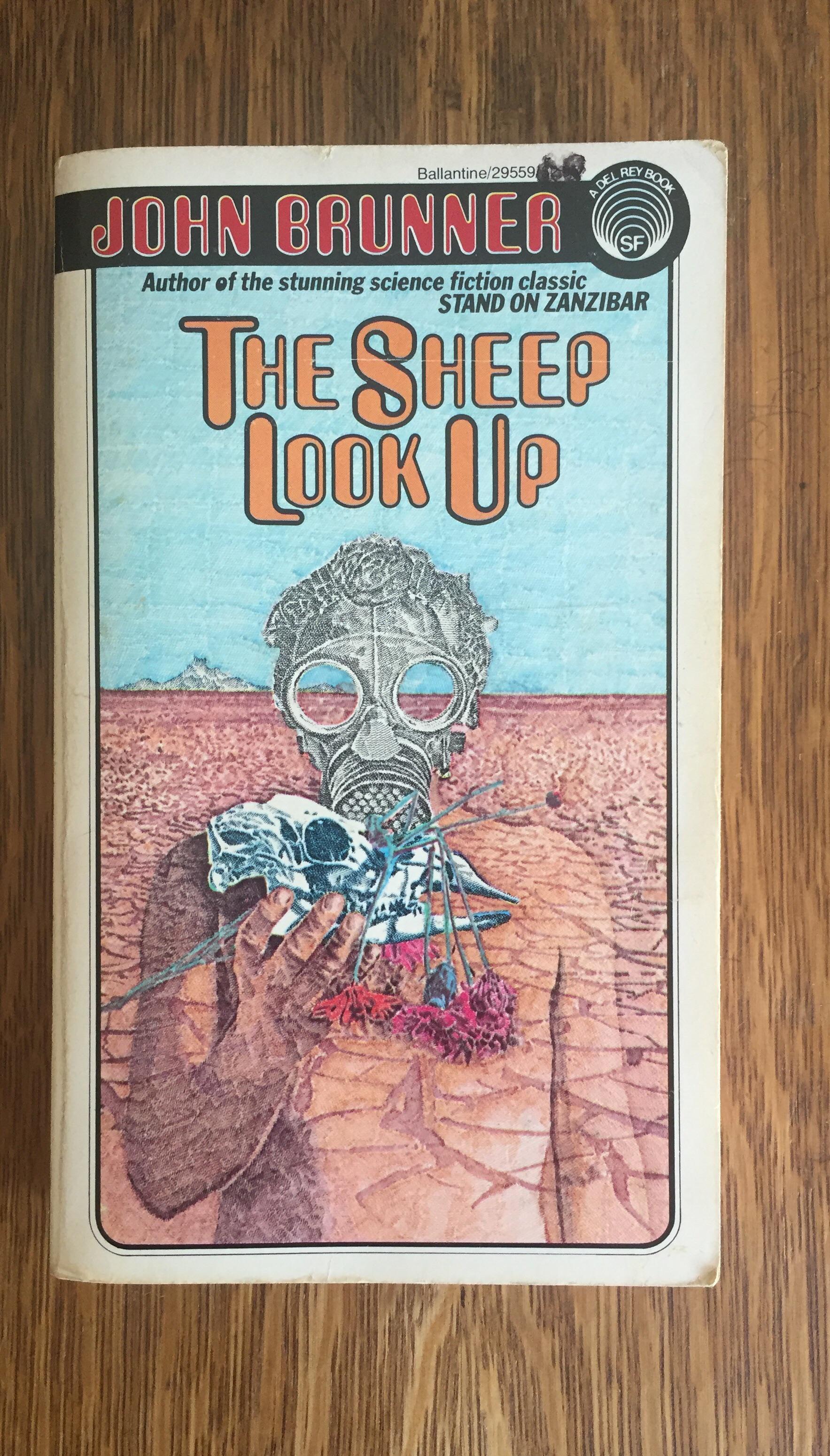 ‘The Sheep Look Up’ by John Brunner. Cover art by Murray Tinkelman, 1981.
https://j.mp/2BeJzwi 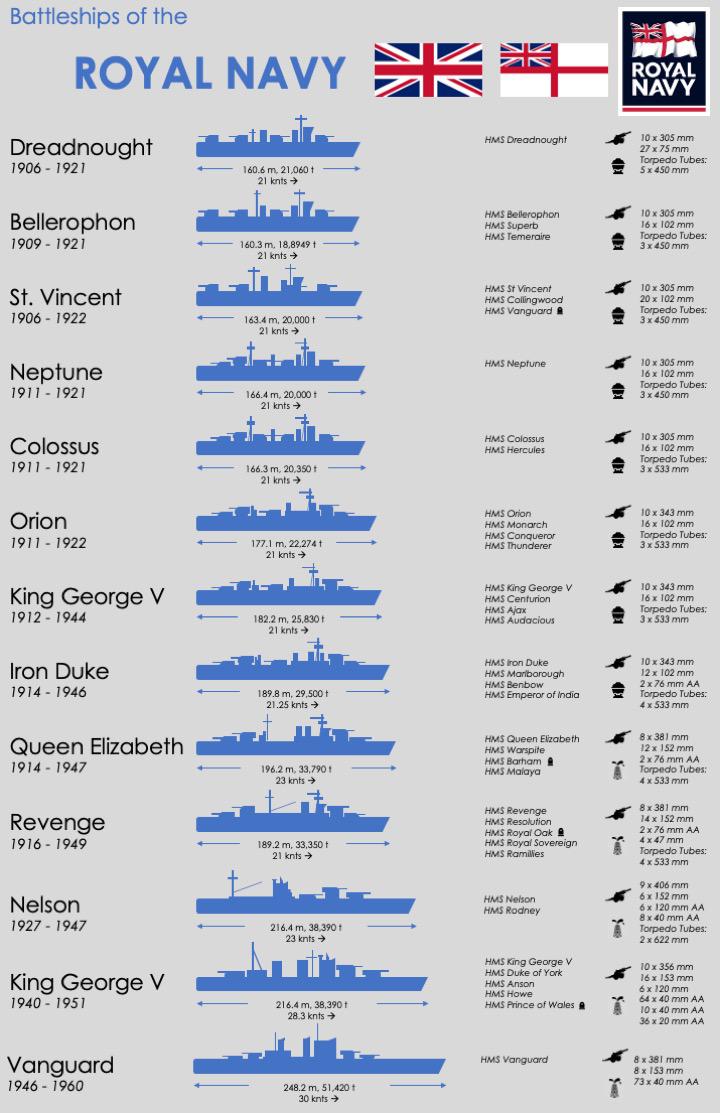 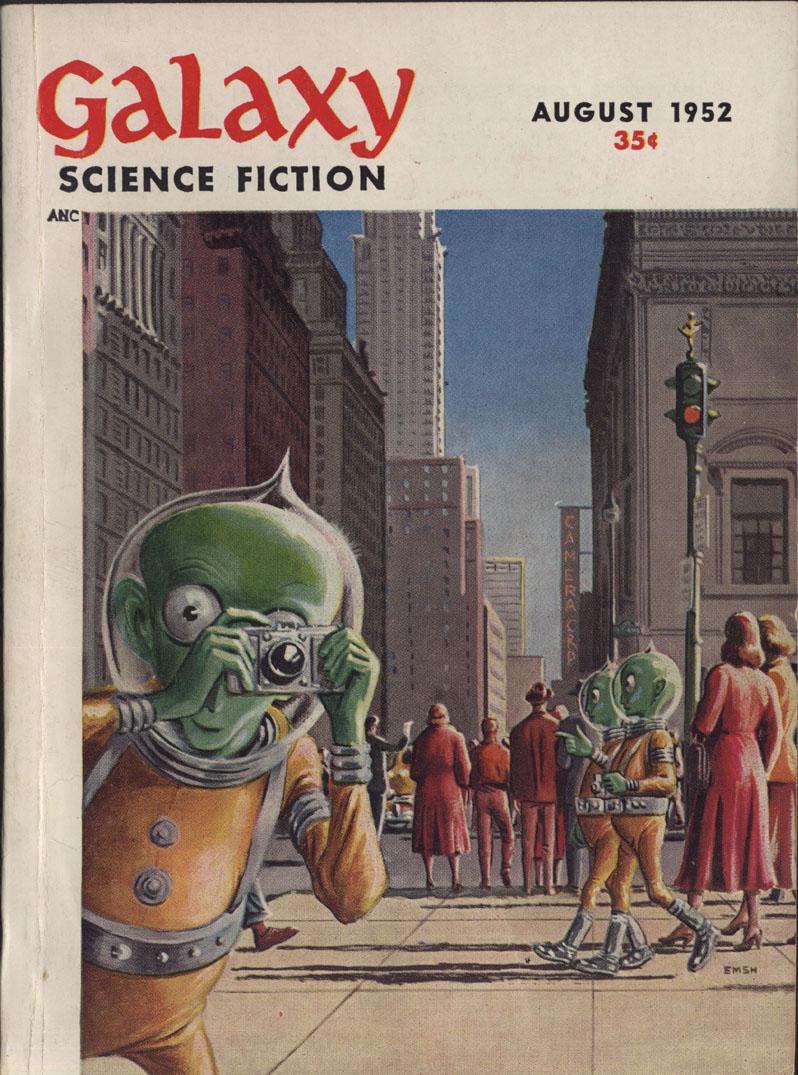 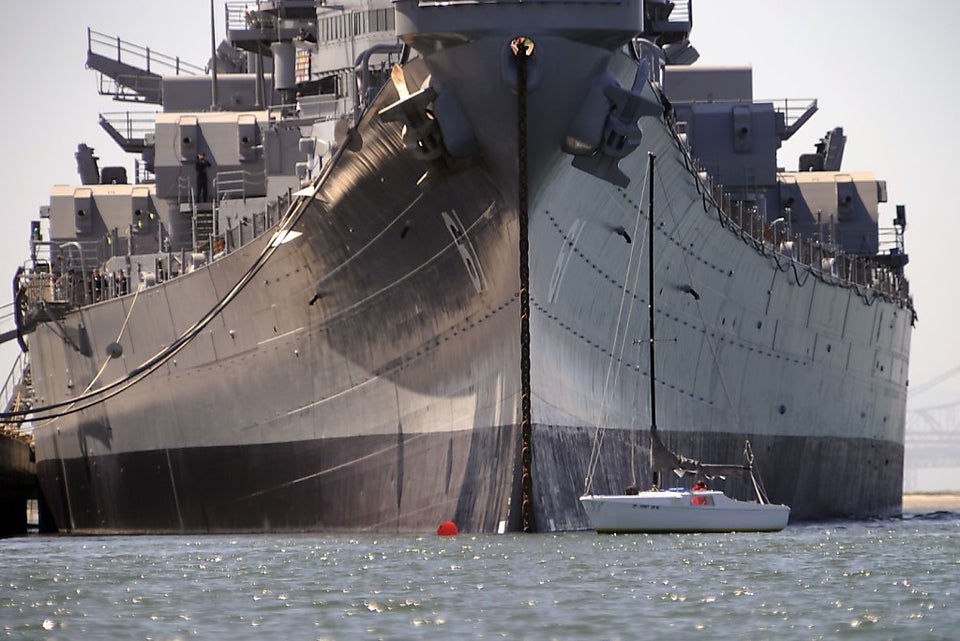 George Floyd was murdered by America: a historian’s perspective on the history of U.S. police brutality against Black people

From the /r/AskHistorians mod team:

Multiple histories of US police violence against the Black community are being written this week. They’ve taken the form of tweet threads, news articles, blog posts, and conversations among friends, loved ones, and even strangers on the internet. Amidst these waves of information, we as historians want our readers to remember the following:

Police brutality against Black people is woven into the fabric of the history of policing in the US—and reflects the historical reality that white America benefits from police and state violence against the Black community. George Floyd’s murder and the brutal suppression of the ensuing protests are the latest in a long history of police brutality and excessive, extraordinary violence.

As historians like Edward Ayers and Sam Mitrani have established, the construct of American policing was formed between roughly 1840-1880 on the crest of two trends. First, rising population density in cities brought middle-class and wealthy white Americans into close contact with people they considered disruptive to their orderly world: sex workers, impoverished drunk people, Black residents, immigrants. Second, a spiralling urban trend towards wage labor for larger corporations that was itself a disruption in some of the institutions that had previously guarded local order, like families and close-knit neighborhoods.

From their establishment in the mid- to late-19th century, American police forces have depended on their mandate to keep or restore the white, wealthy ideal of order and the active support or tacit acceptance of this ongoing role by the majority of white Americans.

The history of lynching demonstrates this point with sickening clarity and is one we all should know. To highlight just one incident from the thousands that occured: a mob of white people dragged prosperous Black farmer Anthony Crawford from the Abbeville, South Carolina jail in full sight of the jailer and local sheriff on October 21, 1916. Crawford had been beaten and stabbed earlier that day; he was beaten again, possibly to death, hanged, and shot multiple times. His heinous crime? He accused a white man of trying to cheat him financially, and defended himself when a group of white men attacked him in response.

John Hammond Moore has offered that one motivation for the lynching was a rumor the sheriff was going to help Crawford escape and the white murderers believed the police presence was not doing its job of keeping order according to their definition of “order.” However, when the sheriff and jailer looked the other way, they delegated their role of keeping order to the mob, empowering them to act on their behalf.

In Crawford’s case, it is easy to connect the dots between white people affording police the responsibility to keep order, white people benefiting from white supremacy, and state participation in unjust violence, not least because of the direct involvement of white civilians. We can easily see Crawford’s lynching as part of an broader phenomenon, not just an individual, extraordinary event. In effect, the police did – and kept doing – what white people wanted. A decade later, the Illinois Crime Survey highlighted:

By the 1920s, research pioneered by women scholars at the University of Chicago was already highlighting how stereotypes around “slum environment” turned residents into perceived criminals. They observed that the Black neighborhoods defined as "slums" exhibited precisely the same "disorderly" characteristics that had spurred the creation of official police departments in the previous century. And they observed how these conditions were the result of pervasive, systemic white supremacy.

Additionally, social workers documented how school segregation and the massive underfunding of Black schools by city politicians contributed to those same conditions, creating a feedback loop; The disorder the police were approved to combat was created by the lack of funding and resources. The ideal of order that the majority of white Chicagoans found attractive, in other words, both justified and resulted from police violence against their Black neighbors.

The nature of a survey, like the Illinois Crime Survey, demonstrates the same thing we recognize in lynching: individual cases of state violence against Black Americans, whatever the specific circumstances, are part of a pattern. But while the specter of lynching haunts the fringes of American crime, the pattern of police brutality against the Black community has not let up. In 2015, Jamil Smith showed how the final moments of some many of those killed by police across the decades echoed each other, again and again.

From the Fugitive Slave Act to George Floyd, examples of police violence against Black Americans are endless, gruesome, and there for everyone to see and behold. In 1942, Private Thomas Foster was beaten and shot four times by Little Rock police officers after intervening to stop the assault of a fellow soldier. In 1967, a cab driver named John William Smith was savagely beaten by the Newark police. In 1984, New York City police officers shot Eleanor Bumpurs multiple times as they tried to evict her, making the call that getting her out of her apartment was more important than accommodating her mental health struggles. We could list hundreds, if not thousands, further such examples that illustrate this pattern.

But it’s not enough to say, “here are a bunch of examples of police officers brutalizing Black people.” The ability of individual officers to assault and kill Black Americans year after year, decade after decade, murder after murder, stems from the unwillingness of the white majority to step beyond protesting individual cases or do to more than stroke our chins and say, “Yes, I see a pattern.”

That pattern exists because despite every act of police brutality, and even despite protests following individual acts, white America’s preference for an "orderly" society has been a higher priority. From the inception of official police forces in the mid-19th century, to school truancy officers and border patrol, the American police have existed at the will of the white majority to keep and restore order, as defined by the white majority, using the "necessary" force, as defined by the mostly white police force and legal system.

When we come to write the history of the last few days, we need to remember this wider context and that it goes beyond any single member of the police. It is not that every officer is evil, but they do operate in a system which was designed to build and maintain white supremacy. Justice for the individual Black Americans killed by individual members of the police is necessary, but so is a long, hard look at – and action against – our understanding of societal order and how it must be upheld.

Exposing these structures has taken years of untold work and sacrifice on the part of Black communities, activists and historians. It is far past time that white Americans help rather than hinder this work.

Please–save any money from awards you might give this post. The AskHistorians community asks you to donate it to a charity of your choice that fights for justice for people of color, in your country or around the world.

END_OF_DOCUMENT_TOKEN_TO_BE_REPLACED 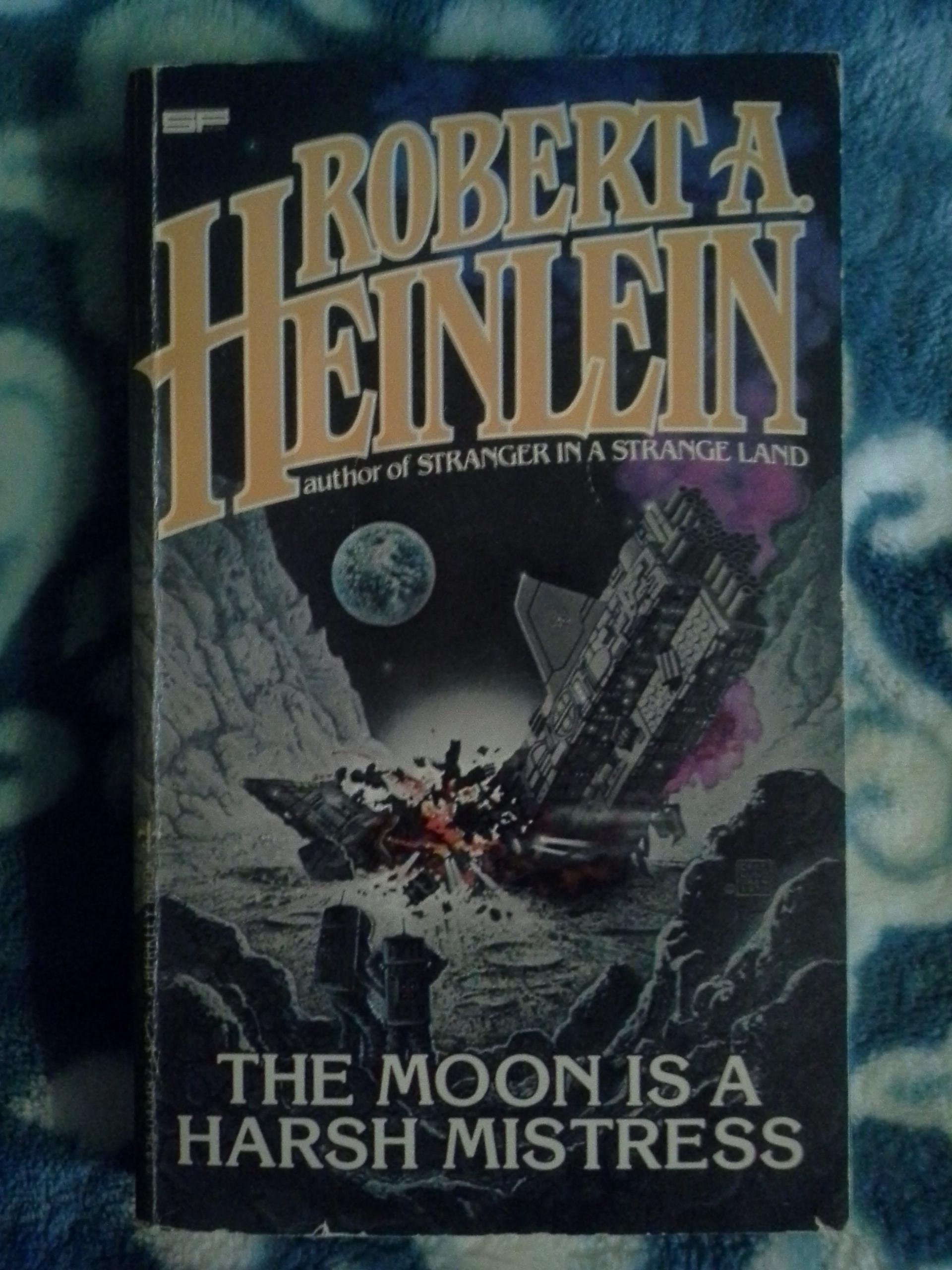