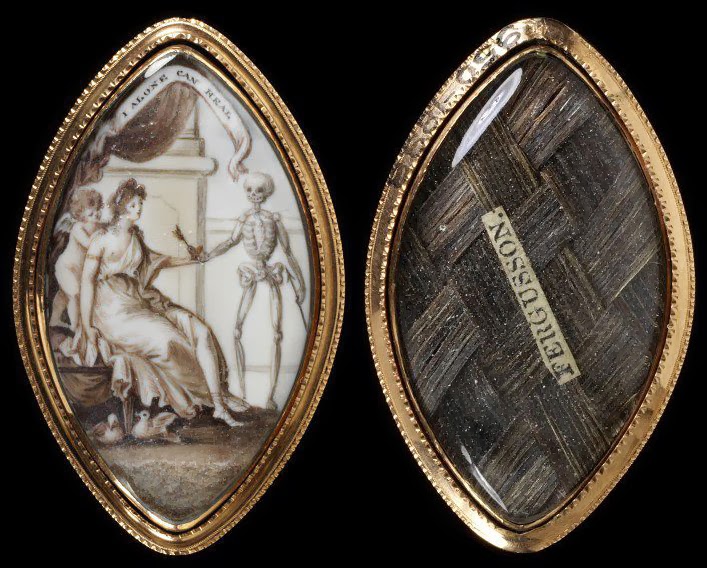 British made, late 18th century memorial locket depicting a skeleton and a lady; the skeleton is saying “I alone can heal” while taking from the woman a pierced heart. Engraved gold frame, ivory painted in watercolor, and plaited hair. From the amazing Victoria and Albert Museum.
Memorial jewellery, as the museum website explains:

“to honour the dead is one of the largest categories of 18th- century jewellery to survive. Many mourning jewels have inscriptions that record the name and dates of the dead person.
From 1760 there was a new vogue for memorial medallions or lockets. These became especially popular in Britain, though similar work was produced throughout Europe.

END_OF_DOCUMENT_TOKEN_TO_BE_REPLACED 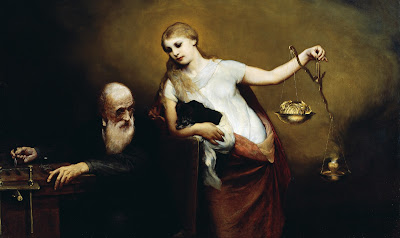