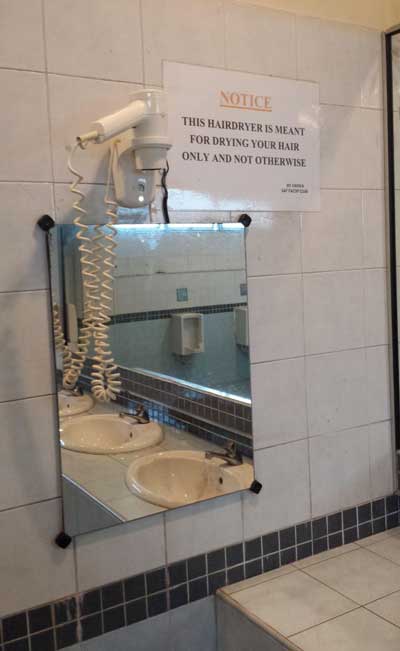 By: Nothing To Do With Arbroath
Via: Feedbin Starred Entries
Source: http://arbroath.blogspot.com/2014/04/not-otherwise.html

A giant crocheted doily has appeared under a railway bridge in Bristol. 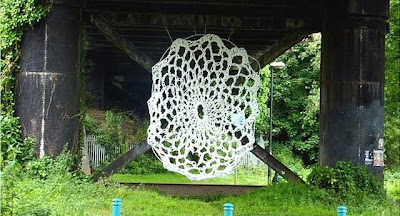 “It’s a massive piece of crochet… and the nylon cord must be up to an inch thick,” she said.

“I’ve no idea who is responsible, it might be ‘yarn bombing’, but I crochet and I know that they are proper crochet stitches,” she added.

By: Nothing To Do With Arbroath
Via: Feedbin Starred Entries
Source: http://arbroath.blogspot.com/2013/06/giant-crocheted-doily-appears-under.html